Apple Car Back On Track With Potential Toyota Deal: Report

Another day, another Apple car rumor appears from an online publication. This time around, DigiTimes says the tech giant is currently in Asia to meet representatives of Toyota and discuss a potential partnership. Apple’s goal is to find a trusted and solid partner from the automotive sector in an attempt to launch its first production vehicle in 2024.

The details are very scarce at the moment, unfortunately, and we don’t know when and where the two parties have met or will meet. One thing DigiTimes reports, though, is that the focus of the discussions will most likely be battery supply. From the very beginning of the project, the Apple car was designed to be fully electric.

Meanwhile, MacRumors also reports that Apple representatives met with South Korea's SK Group and LG Electronics in August, and most likely, battery tech was the focus of the talks, too. Other companies contacted by Apple in the last few months include Nissan, Magna, Hyundai, and others, though with little or no success.

According to different sources, Apple wants to start building its electric semi-autonomous vehicle in 2024, and it is currently focused on building the required supply chain. Reuters even reported the tech company is developing a new generation battery design, which should become a revolution in the same way the original iPhone was.

Apple Looking For A Buddy From The Auto Industry: 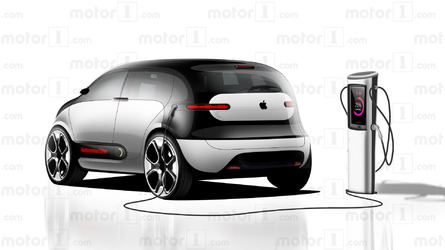 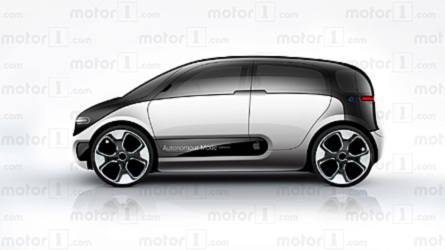 Whether Apple wants to supply batteries from other companies until it is ready with its own battery tech, or the firm is interested in outsourcing production of its batteries - at this point, we are not sure. One thing we know, though, is that 2024 may be a little too optimistic for the launch of the Apple car given the global chip shortage and the ongoing global health crisis.

Note: Renderings by Peisert Design is pictured in the gallery.