That's roughly six times more than the original sticker, all for a good cause.

And then there were only 349 cars. The Type S, serving as the Acura NSX's swan song, managed to generate a lot of interest sum at Mecum's Daytime Auction in Monterey this weekend. Why? Because the very first example was sold for the impressive sum of $1 million. Not only is it the first NSX Type S to be sold outside of Japan, but it's also one of the only 350 units serving as the last hurrah for the electrified supercar.

When you think about it, the car is actually rarer than that as only 300 NSX Type S examples are heading to the United States. The owner will have complete freedom in choosing the car's specification, meaning it won't necessarily have to be painted in this Gotham Gray Matte Metallic finish, which is actually limited to just 70 cars.

VIN #001 is going to come bundled with the optional Lightweight Package, adding carbon ceramic brakes, a high-gloss carbon-fiber engine cover, and more carbon inside the cabin. These upgrades shave off almost 58 pounds (26 kilograms) and cost an extra $13,000 over the base $169,500. If you're wondering who is the lucky customer, it's none other than Rick Hendrick, owner of Hendrick Motorsports and founder of Hendrick Automotive Group.

He agreed to pay approximately six times the price of a 2022 Acura NSX Type S with Lightweight Package ($182,500), with all proceeds to be directed towards charitable organizations, including the Center of Science and Industry (COSI) to support science, technology, engineering, art and math (STEAM) youth education across the U.S.

As a refresher, the 2017 NSX VIN #001 was also sold at an auction for charity back in January 2016 through the Barrett-Jackson auction house. The original second-generation NSX car was sold for $1.2 million, and yes, Rick Hendrick was the buyer. All proceeds were directed to the Pediatric Brain Tumor Foundation and Camp Southern Ground. 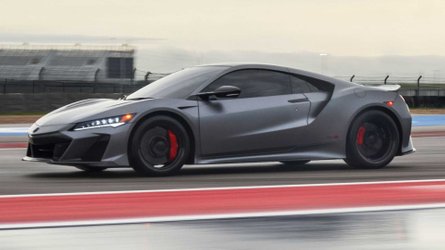 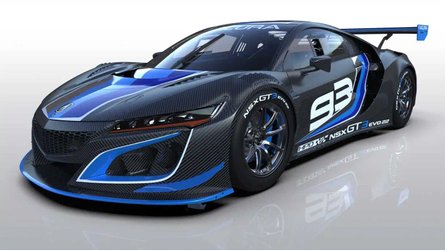