This Toyota Tacoma Has Racked Up 1.52 Million Miles

The owner drives around 500 miles a day for work.

Seeing a vehicle reach 1 million miles is rare enough, but Mike Neal is already halfway to 2 million. His 2008 Toyota Tacoma has over 1.52 million miles and counting.

Neal bought the truck new in November 2007. He drives around 500 miles a day around Virginia and North Carolina for his job delivering the nuclear medicine necessary for PET scans.

The Tacoma has proven to be very dependable for Neal. He had to replace the engine at 880,000 miles, and the replacement powerplant already had around 100,000 miles on it. The truck needed a new torque convertor at 1.3 million miles, and Neal decided to install a gearbox at that time because the transmission probably didn't have much time left. 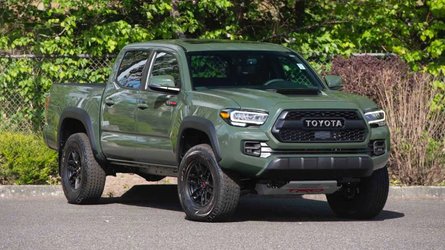 One-Millionth Toyota Tacoma Will Be Up For Auction This August
⠀ 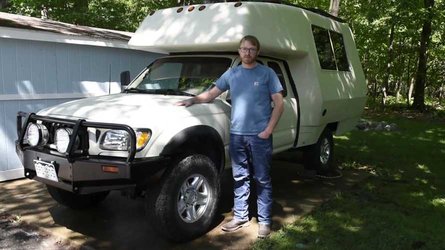 Check Out A Toyota Tacoma Attached To Old Camper With Style

The odometer shows 999,999 miles and doesn't roll over. Neal uses the trip odometer to keep track of the mileage. He uses decals on the back to tell other drivers about the distance and updates the figure every 10,000 miles.

Neal keeps track of the fuel economy, and the Tacoma returns 22.5 miles per gallon to 23.5 mpg, according to his figures. These numbers are impressive because the EPA ratings for a four-cylinder 2008 Tacoma with an automatic gearbox are 19 mpg city, 25 mpg highway, and 21  mpg combined.

Despite the high mileage and driving hundreds of miles each day, the interior looks great. There are signs of wear and tear, but the cabin is very clean.

It might be time for Neal to get a fresh Toyota. His wife is pushing him to retire the truck from daily driving duty, although they wouldn't get rid of the pickup. The host of this video is trying to start a campaign for Toyota to give him a new Tacoma.