They're quicker to 60 mph by 0.4 seconds than the rear-wheel-drive models.

We knew the xDrive versions were coming ever since BMW introduced the rear-wheel-drive M3 Sedan and M4 Coupe in September 2020. They're finally here, and if you don't mind losing the stick shift since AWD is reserved to the auto-only Competition versions, these are considerably quicker than their Competition-spec RWD counterparts. Before we delve into all the juicy numbers, let's keep in mind these are the first M3 and M4 models to offer AWD.

Available exclusively with an eight-speed, torque-converter automatic transmission developed by ZF, the M3 Competition xDrive and M4 Competition xDrive share the twin-turbo 3.0-liter inline-six with the RWD Competition models. Power stays the same at 503 hp and 479 pound-feet (650 Newton-meters) of torque, but the 0-60 mph time has been shaved off by 0.4 seconds to only 3.4 seconds. The top speed is electronically capped at 155 mph (250 km/h), but the optional M Performance Package loosens up that limiter to 180 mph (290 km/h).

Some people have expressed their concerns about the M cars putting on quite a lot of weight with the latest generation, so it's worth pointing out the sedan tips the scales at a hefty 3,990 pounds (1,809 kilograms) for the US-spec model. It goes without saying the hardware commanded by the xDrive has added fat, but BMW is confident the advantages outweigh the extra bulk.

How? Other than the quicker acceleration, the AWD-equipped M3 and M4 Competition models have the full amount of torque available "to a greater extent during both acceleration and dynamic driving." The rear-biased xDrive automatically channels torque between the two axles through an electronically controlled multi-plate clutch. There's also an Active M-branded differential for distributing torque at the rear wheels.

During normal driving with the 4WD default setting activated, torque is distributed to the rear axle and is sent to the front wheels only when there is a need for additional traction. Switching to 4WD Sport will send more torque to the rear axle, while 2WD enables a pure rear-wheel-drive experience à la bigger-brother M5 provided the dynamic stability control is turned off.

Regarding the delicate issue of pricing, the 2022 BMW M3 Competition xDrive starts at $76,900, thus making it $4,100 more expensive than the equivalent RWD model. Go for the M4 Competition xDrive and the price bump is identical, meaning you'll have to fork out $78,800. Pricing excludes the $995 destination and handling charges.

BMW will have the dynamic duo on sale in the United States from August. The current M3/M4 lineup will further grow with the addition of an M4 Convertible and a first-ever M3 Touring, but the latter sadly won't be coming to the US. A hotter M4, rumored to bring back the "CSL" moniker has been recently spied, so it's safe to say there are exciting times ahead if you're a fan of these performance machines. 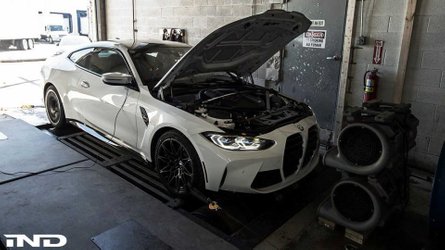 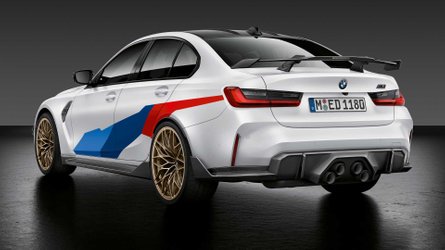