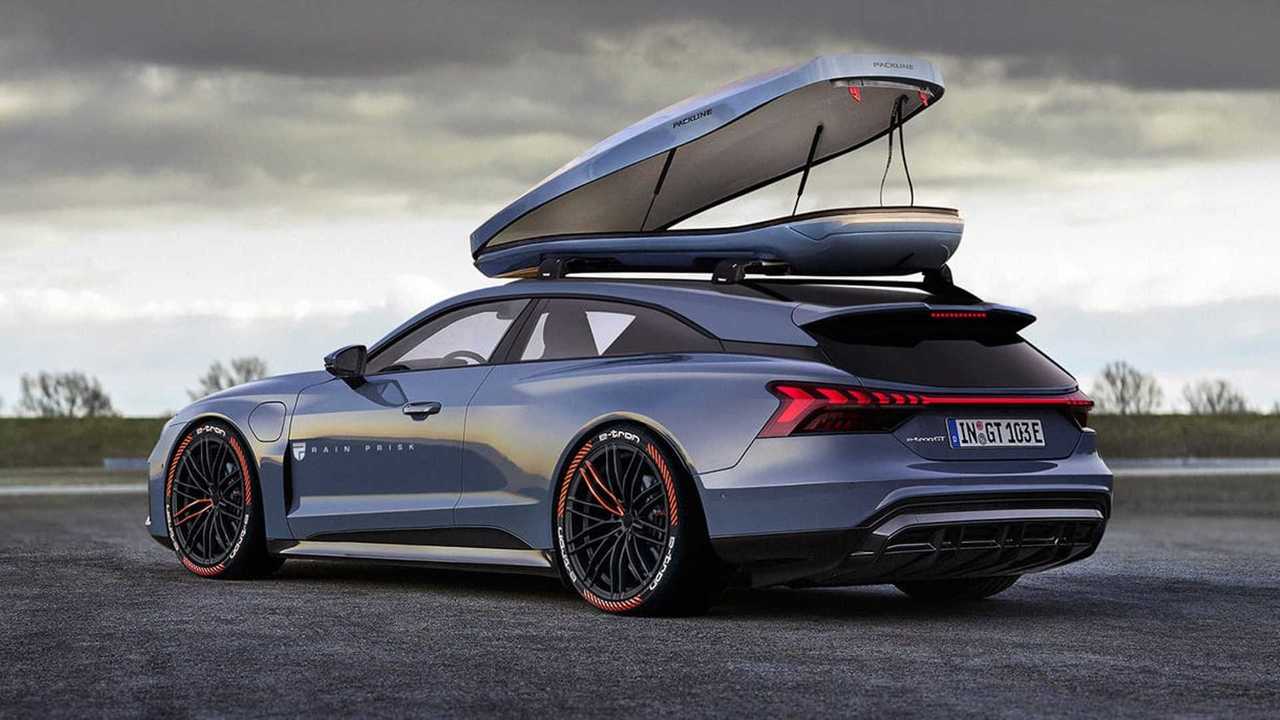 Of course, it's just a design exercise.

The Audi E-Tron GT is the latest addition to the premium EV segment. The German luxury electric sedan has almost the same capabilities as the Porsche Taycan but in a different form and at a more affordable price. Does that mean that a wagon version is also under development?

According to a recent report from Germany’s AutoBild, a long-roof E-Tron GT might actually happen. It’s reportedly due as early as 2022 and should also receive a flagship RS version. Nothing of that is confirmed yet though, but that doesn’t mean independent designers are not ready to present interesting ideas.

Case in point, Rain Prisk, known for his wild virtual projects based mostly on existing cars, has published an E-Tron Shooting Brake rendering. And if you think he just cut off the rear doors and called it a day, take a closer look.

E-Tron GT: All You Need To Know

Obviously, the work started with an official press photo of the new E-Tron GT showing the car from the rear three-quarters angle. The rendering totally transformed the C-pillar and the roofline to create an attractive two-door shooting brake. We have to admit the tweaks to the overall silhouette are excellent and the additional spoiler at the back is spot on.

One thing we are not sure about is the set of wheels. The ten twin-spoke design is cool (as well as that contrasting orange stripe), but the E-Tron lettering in white on the sidewall of the tires is just not our cup of tea. Overall though, the rendering is absolutely bonkers.

We’ve published renderings of Rain Prisk many times and it seems that he will begin publishing more drawings in the coming weeks. He says he has “around 1500-2000 photoshop files” on his drive, most of which are unfinished car renderings.