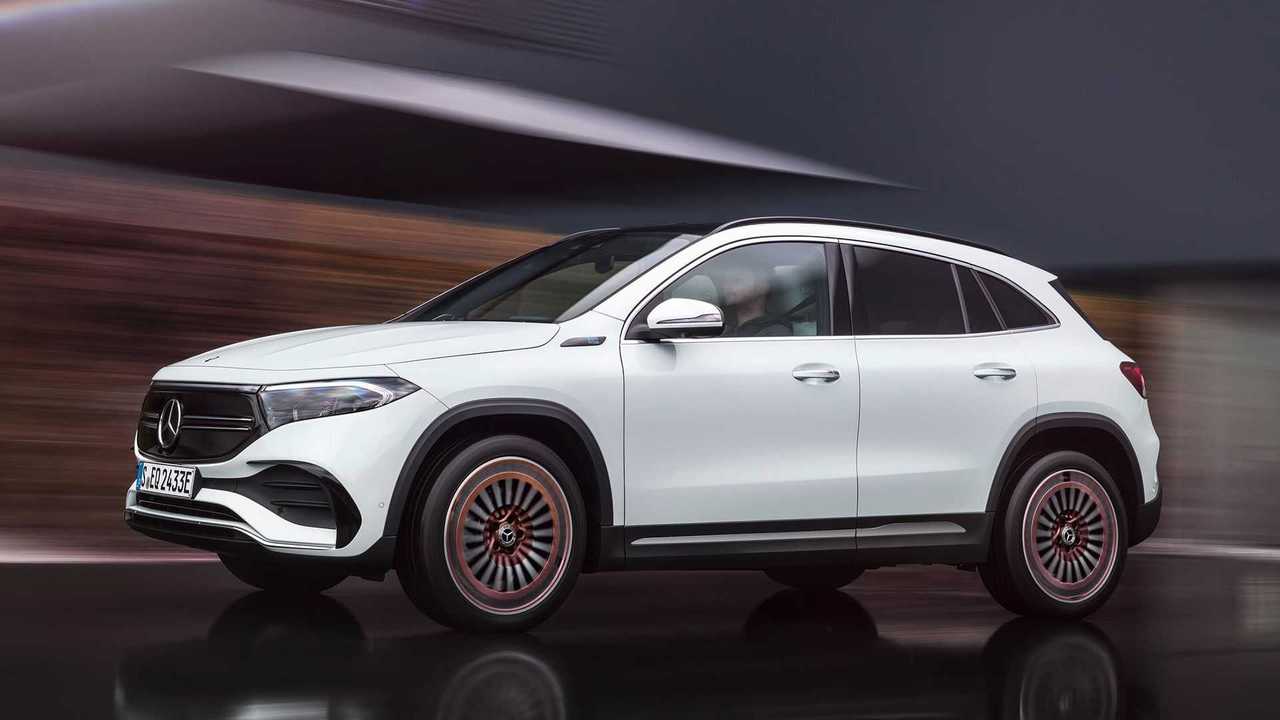 More powerful versions will join the range at a later date.

Back in 2019, our spy photographers provided us with a batch of spy photos showing a camouflaged compact all-electric crossover from Mercedes-Benz. Just a few days later, the German brand confirmed it will wear the EQA moniker and will debut in about 12 months. The promise has been kept as Mercedes has just unveiled the all-new EQA in its final production form.

The battery-powered high-riding hatch takes the role of the new entry-level model to the all-electric world of Mercedes-EQ vehicles. It is also the first zero-emission compact car from the Stuttgart-based automaker with sales in Europe scheduled to begin from the spring of this year and production taking place in Rastatt (Germany) and Beijing (China).

The first to arrive is the EQA 250 which has a single-motor electric powertrain with 188 horsepower (140 kilowatts). Thanks to a 66.5-kWh lithium-ion battery pack, the crossover can travel up to 302 miles (486 kilometers) but that’s a number measured by the highly-optimistic NEDC regime. Mercedes promises it will launch additional versions of the electric vehicle ranging from a dual-motor range-topper with 268 hp (200 kW) to a high-range model capable of more than 310 miles (500 km) at a single charge.

The EQA has a combined electrical consumption of 15.7 kWh per 62 miles (15.7 kWh/100 km) and the three-pointed star says the crossover's drag coefficient of just 0.28 is a huge contributor. Interestingly, the entire aerodynamic development has been undertaken in a digital environment with the necessary measurements made in the wind tunnel confirming the high quality of the numerical simulation.

Speaking of efficiency, it’s important to note the GLA comes as standard with an advanced heat pump, which uses the waste heat from the electric powertrain to heat the passenger compartment. Through the MBUX infotainment system or via the dedicated Mercedes Me application, the system also allows preheating of the cabin before departure.

Visually, the overall shape and proportions of the EQA mimic those of the combustion-powered GLA. In fact, Mercedes says it has used the body of the GLA as a basis but has made many tweaks to make it suitable for an electric car. However, the closed-off grille and reshaped headlights create, as well as the slim taillights connected with a LED strip, create a new aesthetic harmony.

Inside, the EQA looks pretty much identical to its conventional brother but there are a number of touches that hint about the electrical character of the crossover. Depending on the trim level, these include different decorations and perforated leather seats (for Edition 1 models). Of course, the most notable difference with the GLA is the instrument cluster with its electric vehicle-specific displays.

As standard, the EQA comes equipped with LED headlights with a highbeam assist, a power tailgate, 18-inch alloy wheels, ambient lighting with 64 different colors, a parking camera, and a leather steering wheel. The EV crossover can be visually personalized with the two design packages, Electric Art and AMG Line. The Night Package is also on the list.