Not the best idea ever.

Before you click play, we need to make a couple of things clear. The Sherp isn't street legal so if you happen to own one, we recommend not doing this. We have no idea if the orange slow-moving-vehicle triangle and "paperwork" mentioned in the video made this legit. Beyond that, we suspect people stuck behind the Sherp – either on the road or at the numerous drive-thrus visited – were not amused. In short, don't be this guy.

That said, we also understand that this video isn't meant to be serious. It comes from Rich Rebuilds on YouTube, and to be completely fair, we've seen some really good content from this channel. This time around, the goofy motoring antics are clearly aimed for clicks and the video even concludes with a promise for more serious offerings in the future. This is simply for the fun of it, and because of that, we're forced to admit this represents both the worst and the best of the internet. As such, we present the video for either your pleasure, scrutiny, or both.

Crazy Skoda Tows Itself With Trailer Substituted For Rear Wheels

Allow us a few moments of scrutiny. We finally get to Sherp action at the 6:25 mark, which soon jumps to the interior of a Tesla chase car showing a whopping 13 mph on a four-lane divided road. Not exactly the safest thing to do, but the camera soon jumps to the Sherp navigating the drive-thru at a Dunkin' Donuts. Actually, we've got nothing bad there – if anything, the video shows how compact the Sherp is. Aside from no doors, steering axle, or usable side windows, it looks better-suited for a drive-thru than many oversized pickup trucks. 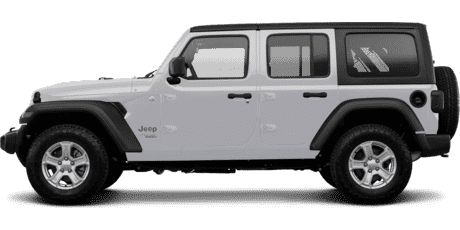 We'll not discuss the gratuitous butt shots at the car wash or the dubbed fart noises that crop up through the clip. Instead, we'll focus on more drive-thru footage that sees a stop at a bank for lollipops (yes, lollipops), a trip to McDonald's for lunch (presumably), and a fuel stop that turns into a photoshoot while still parked at the freaking pump. Here's hoping folks in the Sherp's rearview mirror weren't on short lunch breaks for work or in a hurry to get anywhere. Actually, never mind. The Sherp doesn't have a rearview mirror. That's not at all worrying when trying to back up after getting supplies at Home Depot.

Okay, we've offered up considerable scrutiny. It's time we took our own advice (and the advice from the video) and not take this too seriously. The Sherp certainly garnered plenty of attention, and if you're going to be a bit goofy in a vehicle, romping around town in something with a top speed slower than Olympic runners is far better than, say, acting like an idiot on a salt flat with your girlfriend and a Corvette. And the Sherp did have spotters as well as a chase vehicle, so we can forgive the sins in the name of silly fun. And who doesn't laugh at a well-timed fart? Like we said, the internet at its worst and best.

But blocking a fuel pump at a busy gas station while talking and posing for photos? Wars have been started for less. #Triggered