It will slot below the Kona.

Nearly two years ago, Automotive News Europe learned from Hyundai about the possibility of a pint-sized crossover for the Old Continent. A final decision was up in the air at that point, but now we get to learn the sub-Kona model has received the proverbial green light. Teased here for the first time, the B-segment crossover will bear the “Bayon” moniker, following a trademark filing with the European Union earlier this year.

Hyundai is being coy on details for the time being, only mentioning its name originates from the city of Bayonne located in the southwest of France. Additional info will be disclosed soon, and there’s a good chance the new little crossover is mechanically related to the i20. In fact, our logic tells us it serves as a replacement for the i20 Active, a jacked-up subcompact hatchback Hyundai offered in Europe for the supermini’s previous generation. 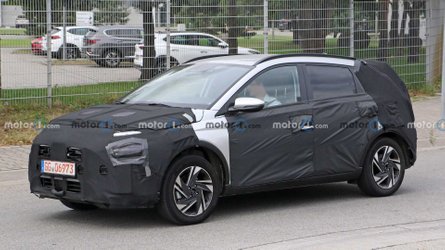 At 4205 millimeters (165.6 inches) long, the Kona isn’t exactly a big car. The upcoming Bayon will likely be even smaller while featuring a slightly larger footprint than the i20 (4040 mm / 159.1 in). We’re expecting the new arrival in Hyundai’s crossover lineup to be offered exclusively with front-wheel drive and gasoline power.

The i20 is available in base form with a 1.2-liter four-pot producing a mighty 83 hp, while a turbo three-cylinder is available with either 99 hp or 118 hp and mild-hybrid tech. Depending on engine choice, the small hatchback offers a six-speed manual and a seven-speed, dual-clutch automatic. It remains to be seen whether the naturally aspirated engine will be offered for the Bayon or Hyundai will decide to go turbo-only.

The Larger Kona Recently Went Through A Nip And Tuck: 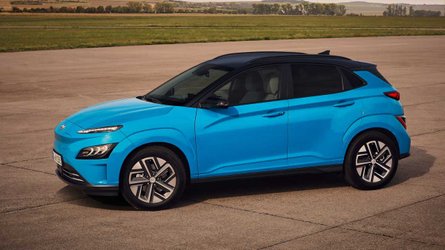 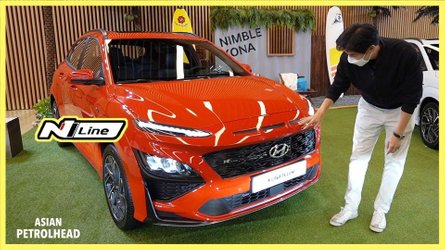 The styling remains a mystery at this point, although this teaser image does show the taillights are significantly different than those of the i20. The LED signature is shaped like a boomerang and we’re noticing there’s a wide red strip on the tailgate akin to the i20. The teal paint is likely exclusive to the Bayon and Hyundai has made other changes to the styling to set it apart from the hatchback.

Hyundai says it will launch the Bayon in Europe during the first half of 2021 at a price tag that should undercut the Kona.