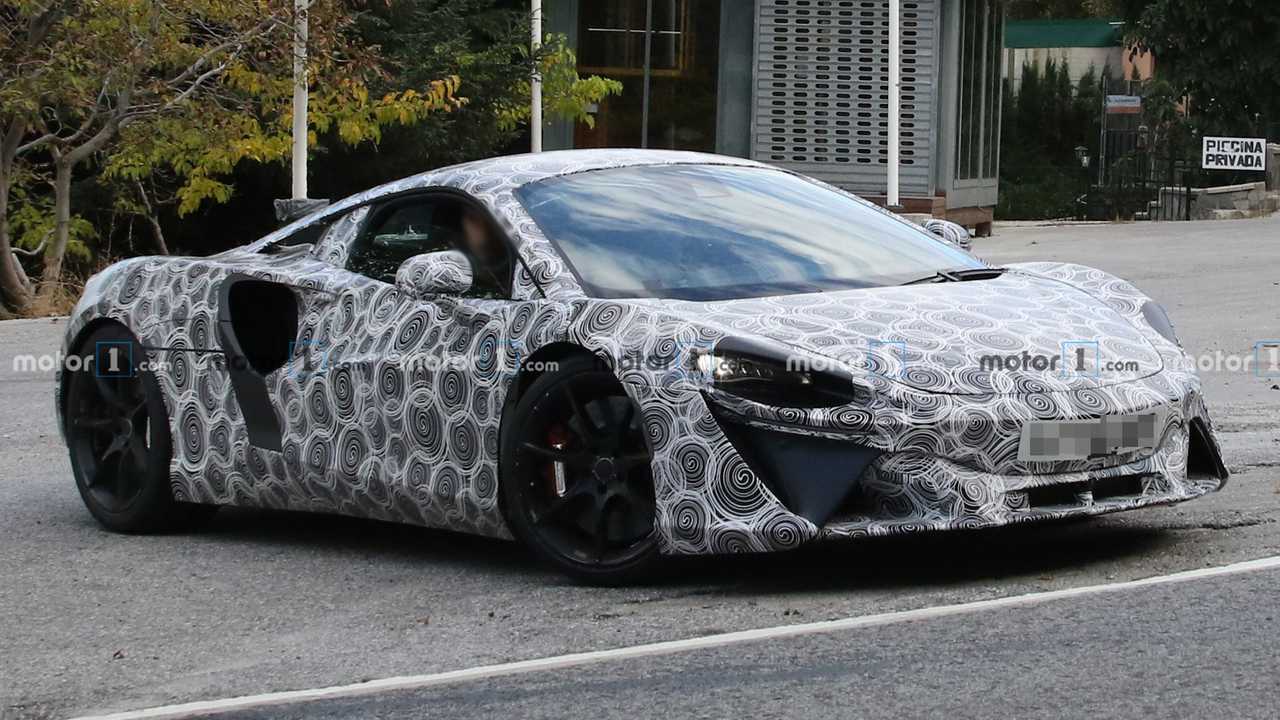 It should debut next year.

Next year, McLaren’s lineup will expand with a new model – a hybrid supercar. We don’t know what McLaren will call it, though we hear it’s intended to slot between the GT and the 720S. However, unlike other McLaren models, this new hybrid will feature a ton of new tech from the automaker. McLaren teased the model earlier this month, giving us our first glimpse at it, and the vehicle in these new spy photos perfectly matches it.

McLaren hasn’t gotten too specific about the model, though we do know the automaker will pair a newly developed turbocharged V6 with an unspecified number of electric motors. Rumors suggest the car will be able to operate as a fully electric car for some distance. The hybrid will also use a new carbon-fiber chassis called MCLA and be home to several new systems – chassis, engine, electrical architecture, and more. McLaren called it “one of the most significant unveilings” for the automaker.

The photos show a car that looks like the GT but with a heavy dose of aggression added for safe measure. The sloping nose is flanked by stylized lighting elements that flow into the lower bumper. Along the side, the deep scallop leads to a gaping intake behind the doors. The rear looks like a textbook McLaren with a big diffuser and dual exhaust pipes sticking out of the fascia.

McLaren hasn’t said when we’d see the new supercar, though the company has said it is eager to show it to customers. The car looks like it's nearing production readiness, which means we’ll likely see the car debut early next year. If it seems soon, it’s not. The company has 45 test vehicles in it fleets, some of which have been disguised to look like other McLaren models. It should be on sale before the end of 2021. Expect McLaren to pull out all the stops.