Did You Know Jeep Makes An Armored Grand Cherokee? 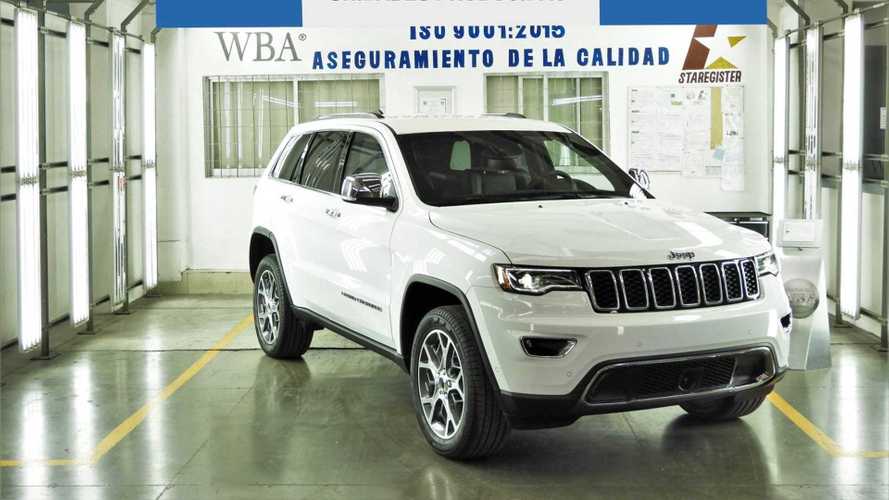 It can protect against most handgun attacks.

It turns out that Jeep sells an armored version of the Grand Cherokee in Mexico, and the company is finding buyers looking for the SUV's protection. As of October 2, 2020, the automaker has reached the milestone of building 1,000 of them.

The body armor for these Grand Cherokees includes elements like ballistic steel perimeter caps that protect the upper part of the vehicle. The vehicle's glass is gone, instead, there are multiple layers of polyvinyl with a total thickness of 0.75 inches (19-millimeters). There are lots of other tweaks, like an anti-grenade bottom panel, engine protection, window and frame reinforcements, a strengthened suspension, and run-flat tires.

Jeep's armored Grand Cherokee adheres to the US Department of Justice's NIJ-IIIA level of protection. To achieve this rating, the ballistic protection needs to be able to withstand five rounds of .44 Magnum from at least a 5.5-inch barrel and five bullets from a 9-millimeter submachine gun with a barrel at least 9.5 inches long. The DOJ describes NIJ-IIIA as being enough to guard against most handgun threats.

Jeep manufactures these Grand Cherokees at the Jefferson North Assembly Plant in Detroit. They then go to Mexico where the SUV undergoes the armoring process. The Engineering Department of FCA and German Shields developed and certified the ballistic protection.

This Stretched Toyota Land Cruiser Is Bulletproof, Has Parade Roof
⠀

Prices for the armored Jeep Grand Cherokee in Mexico start at 1,850,900 pesos ($86,514 at current exchange rates). It uses a 5.7-liter V8 that makes 360 horsepower (268 kilowatts) and 390 pound-feet (520 Newton-meters) of torque. The only gearbox is an eight-speed automatic and uses the Quadra-Trac II active, full-time 4x4 system, suggesting this SUV should still be very capbale off-road. Inside, there are amenities like an 8.4-inch infotainment display and two-zone automatic climate control.