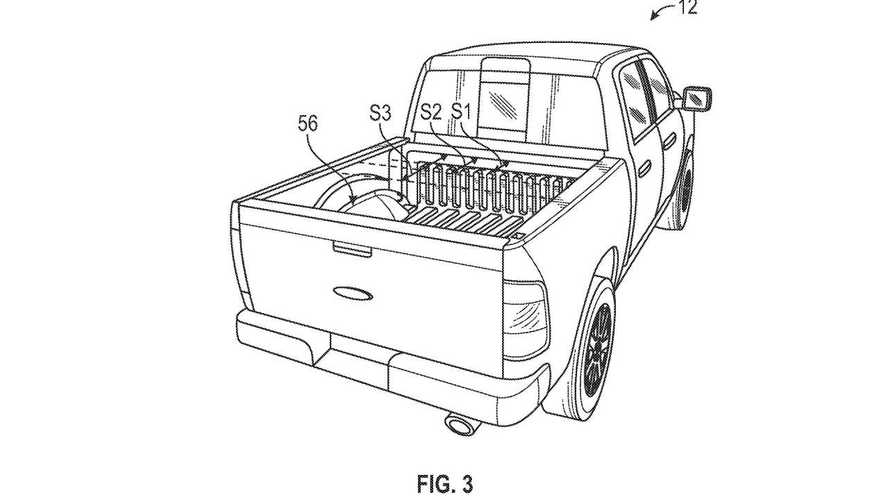 It is disguised as a toolbox.

Last month, Ford announced a massive $700 million investment into its Rouge truck plant in Dearborn, where the upcoming 2023 F-150 Electric will be manufactured. It’ll be a cornerstone for the Blue Oval brand as the truck is currently the best-selling nameplate on the American automotive market and has been like that for decades.

Obviously, when a model is that popular and famous, it should be received well by many different types of customers. Some like the power, some like the looks, but others are mostly interested in the running costs. And, perhaps, a lot of people will have range anxiety when it comes to the all-electric F-150.

What’s the solution? Leaked patent images, unearthed by our colleagues at The Drive, hint at the possible use of a swappable range-extender. Submitted to the United States Trademark and Patent Office in April of 2018 and published on September 15, the pictures show a small range-extender shaped like a toolbox and positioned in the truck’s cargo bed.

As The Drive notes, Ford’s smallest engine currently available is the 1.0-liter EcoBoost which has an output of 125 horsepower (93 kilowatts). Having seen what other automakers use for range-extenders, we highly doubt the three-cylinder is what the automaker would install in the F-150 EV.

Many questions are yet to be answered. From what we know so far, the electric truck will be the most powerful and quickest F-150 to date, and the leaked range-extender patents could hint at a possible solution to fight range anxiety. It’s probably also important to note that the pickup will have the ability to be used as a mobile generator, similar to the onboard jobsite power found on the gas versions.

Source: United States Trademark and Patent Office via The Drive