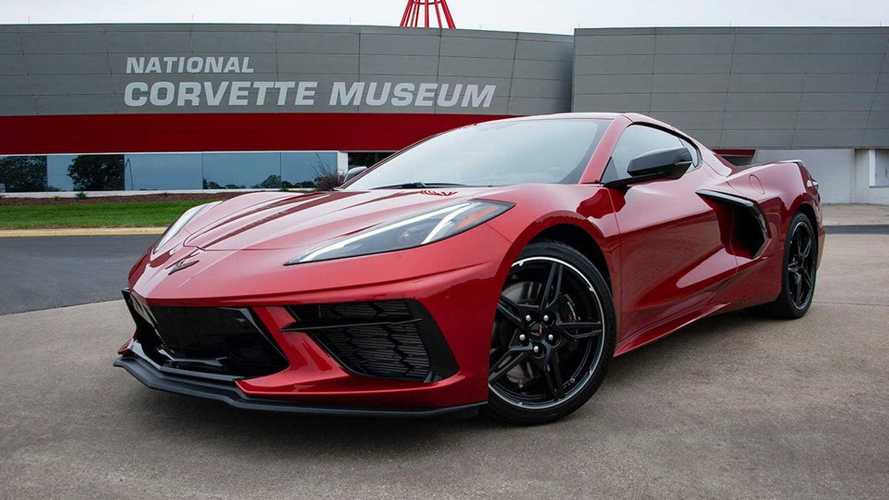 The color suits the 'Vette well.

Red Mist Metallic Tintcoat is one of the new colors available for the 2021 Chevrolet Corvette. It replaces Long Beach Red Metallic Tintcoat. After previously only having access to a single body panel for comparing the two paint shades, a whole 'Vette in the crimson hue is now at the National Corvette Museum.

Looking closely, there's some depth to Red Mist. In general, the color is a dark shade of crimson. When the light hits it the right way, some orange highlights become visible.

The official configurator for the 2021 model year 'Vette isn't yet available, but Long Beach Red Metallic Tintcoat is a $995 option for the 2020 vehicle. As another Tintcoat shade, the price might remain the same for the new hue.

The other new color for the 2021 Corvette is Silver Flare Metallic. It replaces Blade Silver. Judging by the National Corvette Museum's earlier comparison, Silver Flare is a bit brighter, but the two shades are very similar.

For the C8's second year on sale, Chevy has a few other tweaks to the options list, but there's nothing substantially different. On the outside, there are dual racing stripes that run from nose to tail, and they're available in blue, orange, red, and yellow. As an alternative, there are stinger stripes in Carbon Flash/Edge Red, Carbon Flash/Edge Yellow, and Carbon Flash/Midnight Silver.

There are tiny changes to the interior. A newly available color combo is Sky Cool Gray and Yellow Strike. The infotainment system now comes standard with wireless Apple CarPlay and wireless Android Auto. It's possible to get the Magnetic Selective Ride Control suspension without ordering the Z51 package, too.

Starting prices for the 2021 Corvette remain unchanged from the previous year. That means the coupe is $59,995, and the droptop goes for $67,495, which includes the destination freight charge.