Bonkers Acura-Powered Mid-Engine 1984 Honda Civic Can Be Yours 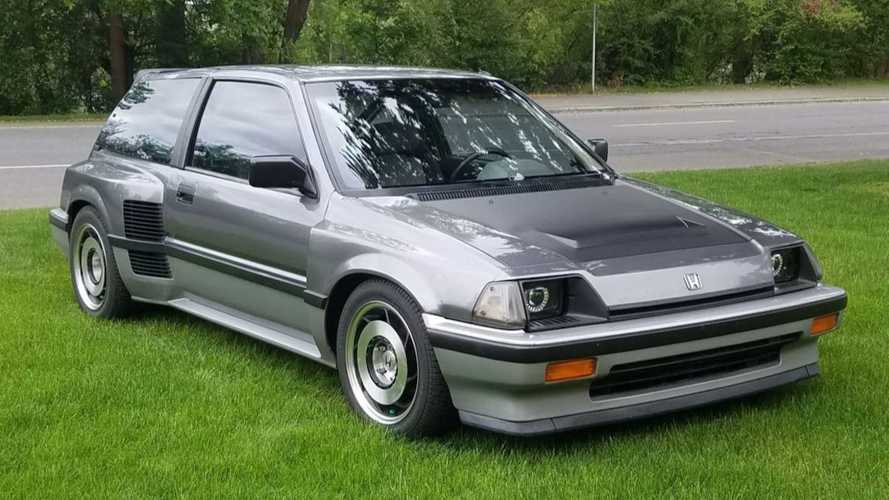 You still have time... for now.

The third-generation Honda Civic from the mid-'80s is one of my personal favorites, and I actually want to buy one for a project car. Its boxy shape and full rear glass hatch appeal to me a lot, plus the fact that adding body kits to this generation of the Civic doesn't make it look tacky or loud at all. Plenty of room for customization, really, and I may have found a perfect example of it on Bring a Trailer.

There's just one problem, though – it doesn't have an engine under the hood.

Don't worry, it does have an engine but it's found on the second row in place of the rear seats. Yes, folks, this is a mid-engine Civic hatchback from the '80s, and it's up for auction at Bring a Trailer (more images and details there).

The whole conversion to a mid-engine, rear-wheel drive was carried out by Andy Barcheck from Bremerton, Washington between 1987-1992. Since then, the car went through a lot of owners until the most recent one decides to sell it. It's good to see in good shape even after all those years.

To house the 3.2-liter Acura J32A2 V6 engine at the back, a custom-fabricated rear subframe has been added, mounted to a carpeted and insulated compartment. This engine is mated to a six-speed manual, while the fuel tank is relocated in the hood, together with the spare wheel, a toolbox, and a battery.

This is a bonkers build, I must say, and I think I won't need to do anything to upgrade this one-of-a-kind Civic. Well, except for the wheels, perhaps.

If you're as interested as I am, you can place your bid at Bring a Trailer right now, which is currently at $35,520 with six days left. Now, excuse me while I contemplate if I should place a bid right this instant.