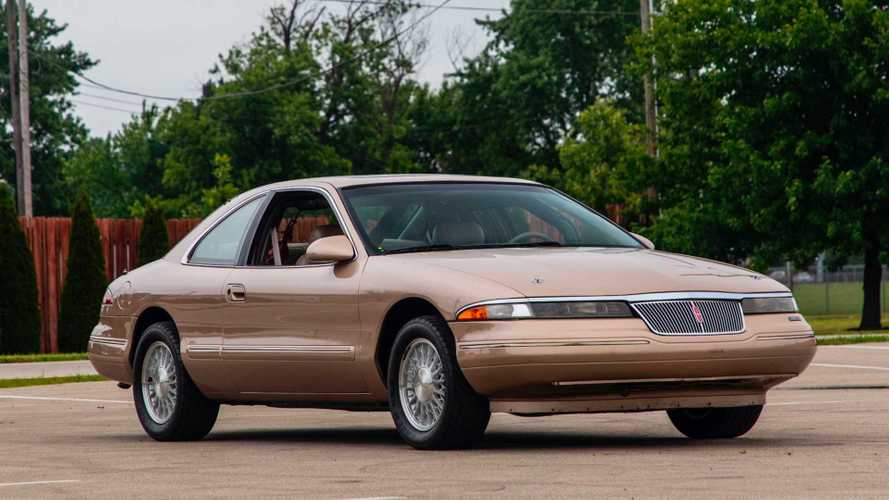 Now, this is a hot rod Lincoln.

Heading across the Mecum auction block later this month is a rare luxury coupe – a 1993 Lincoln Mark VIII. Normally, this wouldn’t move the needle on the Excitement Meter, but this isn’t your typical beige-on-beige Lincoln either. This is a pre-production example Ford built to test, and prove, the capabilities of its new V8 – the modular 4.6-liter that would power several FoMoCo products.

Ford made several modifications to the car, including adding a roll cage. Changes include removing the rear brakes and replacing the catalytic converters with a true dual-exhaust system. According to the listing, the automatic gearbox featured high clutch clearances, no runout on the shafts, no imbalanced rotating parts, and a few other tweaks. The suspension was also reworked, lowering the car a full two inches compared to the 0.25 inches that the suspension would normally lower.

Lincoln packed all those changes inside the Mark VIII. Ford took the car to the Bonneville Salt Flats, where Holly Hedrich took the car to 182.694 miles per hour (294.017 kilometers per hour) in a two-way run, setting a class record. A dynamometer rated the 4.6-liter mill between 290 and 205 horsepower (219 and 220 kilowatts).

From the outside, the Lincoln looks like your typical Mark VIII. The hood pins spoil the coupe’s performance prowess, but it’s otherwise subdued until you move inside and contort yourself around the roll cage while getting into the car. There’s also a fire suppression system sitting in the back seat, which really limits its usability.

Other Cool Cars You Could Buy:

The prototype 1993 Lincoln Mark VIII will roll across the auction block on August 27, the auction’s first day. This will be the Mecum Auctions Kissimmee Summer Special 2020 event, with many other exciting cars rolling across the block over the three days. There’s no indicator as to the car’s value; however, there’s a reserve on it, which means it may not sell if the bidding does reach a certain amount.