Engine swaps are a common thing among car nuts, especially those who want more from their car. The most common of which is LS-swapping, while there are crazier ones like the Mustang Coyote V8-powered Porsche Cayman and the twin-turbo diesel Chevy Camaro. Of course, who would forget the Hellcat-powered Miata that makes 685 horsepower (511 kilowatts) at the wheels? That's mental.

However, there's one engine swapping that's quite common but often overlooked – the Honda VTEC-powered classic Mini. In fact, a quick Google search for "Honda Mini Cooper" should take you to a multitude of builds, such as this one – a turbocharged VTEC-powered Mini from the U.K.

Now, as I've said, we've seen others like this before. We've seen a classic Mini powered by a B16 Honda VTEC 1.6-liter engine with GT3076R turbocharger, but that looks absurd because of the exposed engine bay. We've also featured a tuner in California that offers engine swapping an Accord's V6 into a classic Mini. 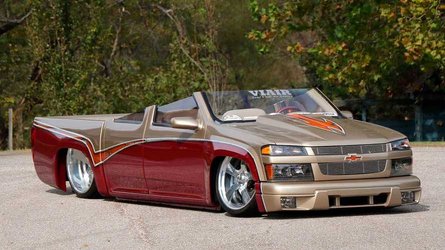 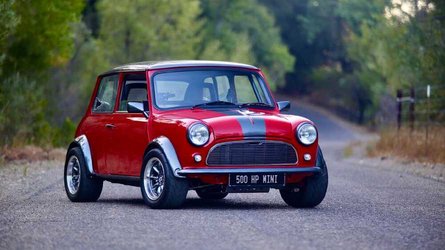 This one from the U.K. (see the video embedded on top) is no exception, but the mechanicals are different. It uses a 1.8-liter B18C4 engine from a Honda Civic VTi that makes 169 hp in its past life. The owner, Dan, which you can follow on Instagram through his @vtecturbominiguy handle, turbocharged the engine with a Precision 5431 turbo kits for a final output of 369 hp (275 kW) sent to the front wheels.

He also gave his Mini a K-Tuned Shifter X with a boost button. Now, what does that button do? Well, it just switches the boost control maps from high to low, and vice versa. To show its difference, you'd see a 0-60 miles per hour test done by Officially Gassed.

On low boost, the VTEC-powered mini did over six seconds. Switching to high boost allowed the pocket rocket to reduce that to 5.38 seconds. Not bad for a small car. Not bad at all.