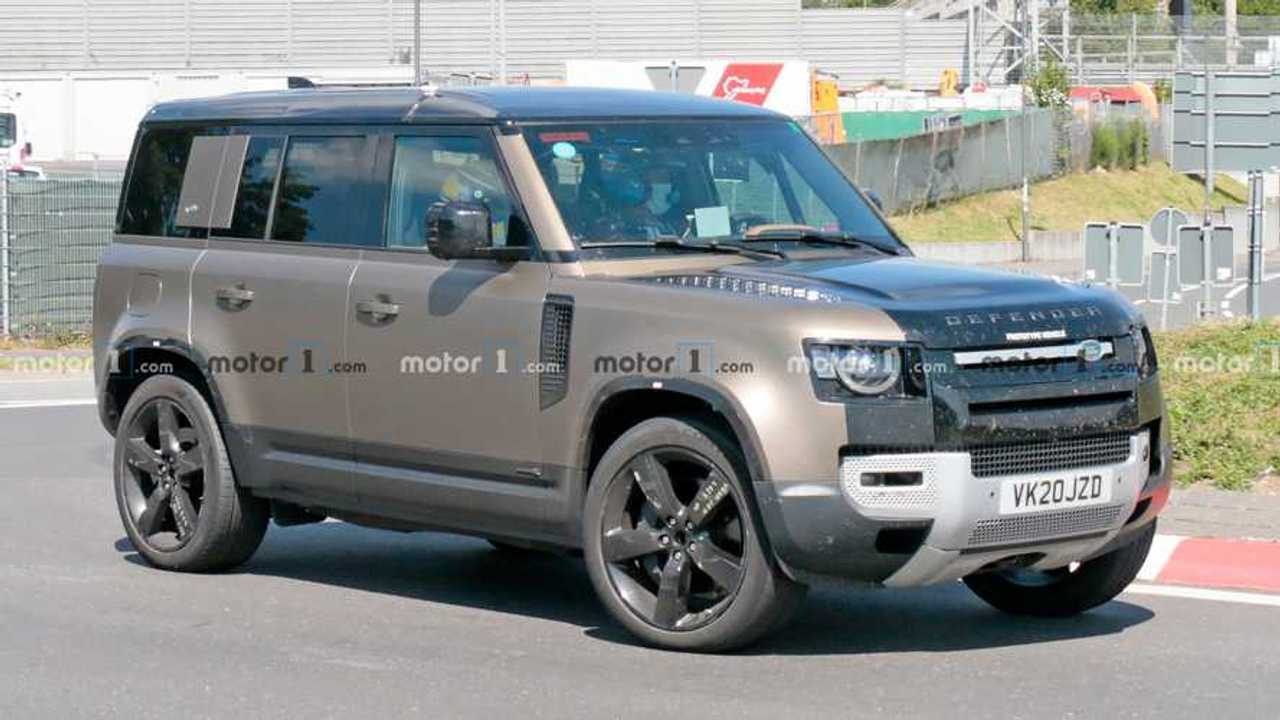 Rumors suggest Land Rover's 5.0-liter is on the way out.

Land Rover redesigned the Defender and announced the model's reintroduction to North America last September. Supply of the new off-roader has been met with swift demand in the US now that it's on sale, and this is before the coveted V8 model is available. However, we know it's coming. A new batch of spy photos shows Land Rover continuing development of the V8-powered Defender, though the shots aren't that different from the others we've seen before.

The new photos show the Land Rover without a lick of camouflage, though there's little reason for Land Rover to hide the SUV's design when the sheet metal does all the work. The automaker is testing the V8-powered Defender that'll join the four- and six-cylinder engines already offered in the new vehicle. The tell is Defender’s tailpipes – four, squared-off outlets with a massive muffler between them.

While we know there's a V8 under the hood, we don't know its size or origin. Reports from last year suggested Land Rover's 5.0-liter V8 could be on the way out, replaced by a BMW-sourced twin-turbo 4.4-liter V8. It's capable of producing as much as 617 horsepower (460 kilowatts) and 553 pound-feet (750 Newton-meters) of torque; however, don't expect that kind of power to find its way into the Defender. Land Rover will likely detune the mill to reduce its output.

The Latest From Land Rover:

We don't know if Land Rover will offer the V8 in both the four-door Defender 110 and the two-door Defender 90. So far, every spy photo of the V8-powered Defender has been of the larger 110 model. The Defender V8 is expected to arrive sometime next year, so it's anyone's guess when there'll be a reveal. Until that happens, expect more spy photos on non-camouflaged Defenders in the coming months as we try to figure out which engine it uses.