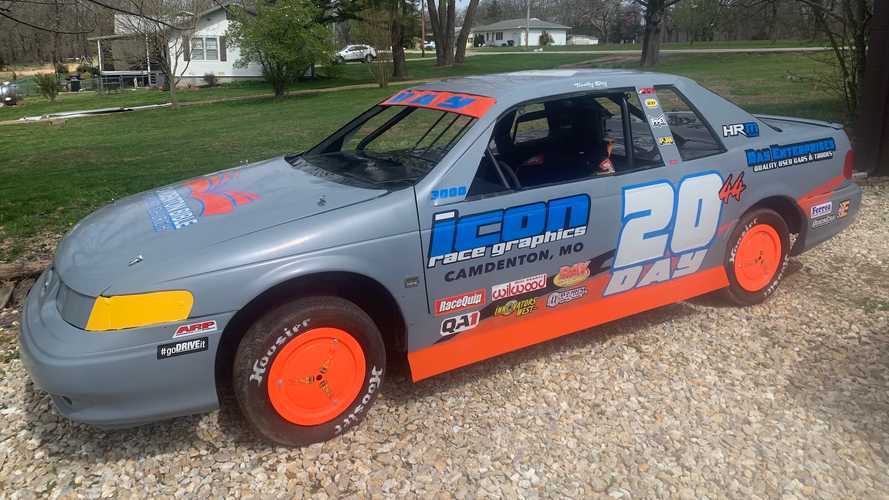 This converted coupe has an interesting story to tell.

When racing is in your family's history, what are the chances that you'll get back into it as your life moves on? That's right – plenty.

That's pretty much what happened to Timothy Day the owner of this Ford Taurus SHO 'Hornet' coupe featured here. According to him, racing has been in his family for 20 years. When he decided to move back to Missouri where he grew up, he wanted to get back into the game.

Unfortunately, Day had to start with his dad's modified race car, but of course, that proved to be uncomfortable for him. So, he started to build his own with a $700 second-generation Ford Taurus SHO as his base.

The Taurus SHO was perfect for the race he wanted to get in. Day said that there's a local dirt track with a competitive FWD class, and he couldn't think of any other powerful FWD V6 with a manual gearbox than a Taurus SHO – "a factory race car under the guise of a grocery getter," he said.

After bringing it home, Day started gutting the car to reduce its weight down to around 2,500 pounds then added a roll cage.

There's a bit of a problem, though. Day stands at 6'5" so he won't be able to fit comfortably into the Taurus sedan. So, to solve this, he decided to convert the SHO into a coupe by repositioning the B-pillar and basically sitting at the rear seat in order to accommodate his length.

Car Shopping? Check These Out:

5 Cheapest Car Brands To Buy, According To A Used Car Expert
⠀

With everything under the hood remaining stock, and with boatloads of racing stickers added for more boost (we're kidding), Day started competing in his local dirt track. It wasn't successful at first but after a few adjustments, he was able to clinch a win, finally.

Sadly, Day decides to sell his race car, which you can access via Facebook Marketplace. He's letting it go for $3,500. If you're interested, just drop Timothy a message.

We would like to thank Timothy for sharing his story with us and lending us these photos.