Why isn't BMW building this?

BMW doesn't currently have a three-door hot hatch in its lineup, but a shop in Coventry, England, solves this issue by making its own using components from an M140i and M2. The result of the work looks fabulous and is so good that BMW should consider building something like it.

The front fascia comes straight from an M2. Looking at the car just from the nose, you can't even see that it's a hatchback. The angle could fool you into thinking this is just an M2. 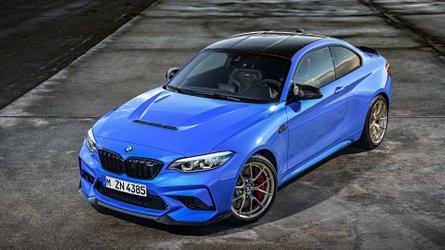 BMW M2 To Die In Europe This Fall: Report 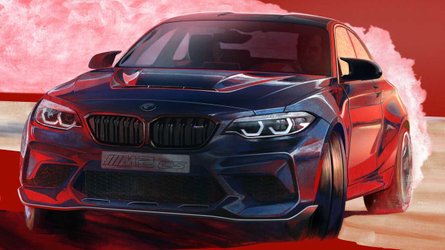 New BMW M2 Coupe Rumored To Have At Least 420 Horsepower

Moving to the side provides the big reveal that this is a three-door hatchback. The wide fenders at the rear are off an M2. They add lots of visual weight to the back. The car rides on wheels with five sets of double spokes.

The tail wears a diffuser that's more aggressive than the one on the M2 because there are large, vertical strakes between the dual exhaust outlets. It's also possible to get an even better look at how broad the wider fenders are.

This BMW's builder told Road & Track that the M2 components came from a wrecked example of the performance car. The hot hatch currently uses BMW's B58 3.0-liter turbocharged inline that makes 335 horsepower (250 kilowatts), and the creator intends to tune it to take the output closer to the M2 Competition's 405 hp (302 kW).

While this car is currently a one-off, the builder would like to sell the body kit in the future so that other folks can create one. He told Road & Track the parts would likely cost around £20,000 ($25,500 at current exchange rates).

Unfortunately, the future of the real M2 looks bleak – at least in Europe. BMW reportedly plans to remove the model from its lineup in order to comply with stricter emissions rules. A new generation of the model would eventually arrive with a cleaner powerplant.