Ken Block Steps Back From Gymkhana 11, Travis Pastrana To Star

Subaru returns to the series, as well.

It was 12 years ago when the first Gymkhana video hit YouTube when the platform was still in its infancy. It started a phenomenon that’s still going strong – 10 installments, hundreds of millions of views, and worldwide brand recognition. For all of those, the star behind the wheel has been pro rally driver Ken Block, but that’s changing for 2020, according to DirtFish.com. The 11th installment is set to film later this year, but it won’t be Block behind the wheel. Instead, occasional series guest star Travis Pastrana will take the keys for the first time.

Block will step back from the series for the next installment. Hoonigan, Subaru, and Subaru’s factory racing partner Vermont SportsCar have been working behind the scenes to put the project together with Pastrana kept out of the loop. The announcement came after the conclusion of Block and Pastrana’s “Gymkhana Grid: Stay at Home Edition” challenge, which saw both families perform their best Gymkhana moves for online voters. 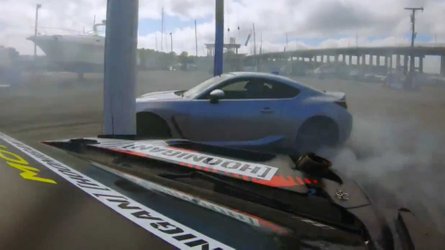 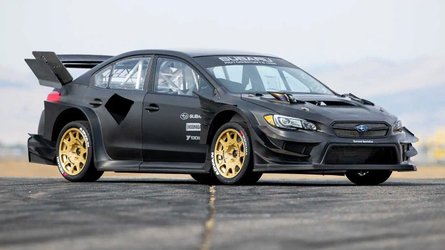 This will be the first time someone other than Block sits in the star car’s driver’s seat. However, Pastrana is no stranger to Gymkhana. He appeared in both Gymkhana 5 and Gymkhana 10. This isn’t new territory for Subaru either, which starred in Gymkhana 2; however, this is the first time Subaru has returned to the Ford-dominated series. It’s unclear what Pastrana will drive, but a modified WRX STI is where we would make our bet.

While Block is giving Pastrana the keys to Gymkhana 11, he’s not given away the entire garage just yet. The video that announced Pastrana would take a leading role also hinted at Block’s return. It was only last month when Block teased the Hoonifox, a heavily modified Fox-body Ford Mustang, which has yet to be built. It also needs its own Gymkhana to shine, too. Gymkhana 12, anyone?