The Incredible Backstory Of How Uday Hussein's Ferrari F40 Was Found 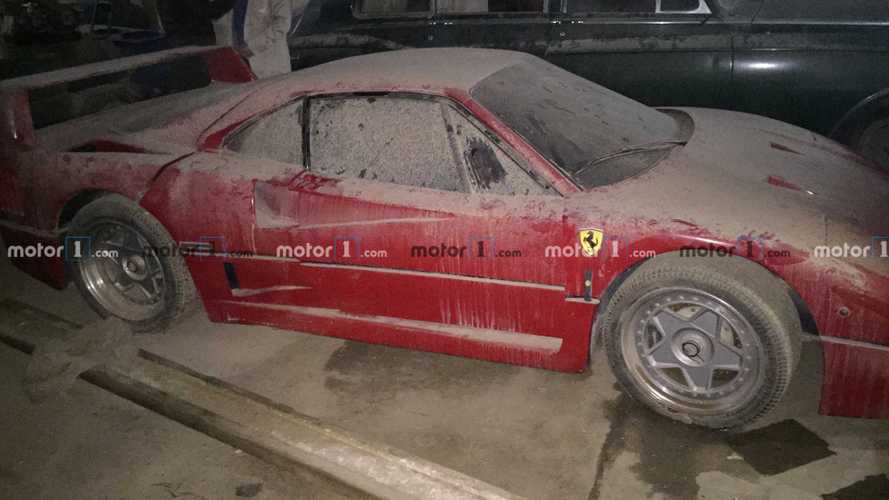 We even have video of the car running after its restoration.

Remember the recent story of Ferrari enthusiast Ratarossa's hunt to find and attempt to buy Uday Hussein's abandoned Ferrari F40? Now, thanks to one of our spy photographers, Andreas from CarPix, and his friend, Mazan Amin, we know even more about this iconic supercar's intriguing story. There's even a whole new selection of never-before-seen photos of the vehicle from before its restoration and after.

Amin visited his family's hometown of Erbil in Iraqi Kurdistan in about 2015. Amin, who had seen a picture of the F40 inline, discussed the car with his father who was then able to track it a workshop in the city. However, when they got there, the owner had already moved the Ferrari to a secret location. The operator of the workshop was able to put Amin and his father in contact with the guy with the F40, and they arranged to meet.

Seeing the car wasn't that simple, though. Rather than getting an address to the vehicle's location, Amin and his father had to wait at a cafe. "After about three hours, a couple of Toyota Landcruisers arrived with 2-3 men in each car. All of them were carrying Kalashnikovs hung around their shoulders," Amin told Motor1.com. "They jumped out and asked if we were waiting to meet this person. They said his name and we confirmed that was the guy. They then asked us to jump into their cars, and they drove off."

Ferrari F40 Consumed By Fire In Monaco May Live Again

The SUVs pulled up to a large house with more armed guards. After meeting the owner, who Amin described as a "copy of Al Capone in a tracksuit and combed-back hair," they then went to a guarded warehouse in yet another location.

"The gate opened about one meter and they told us to go in, and there it was. Under a large metal roof there were several cars and in the middle stood the Ferrari F40! My first thought was how low and small it looked, and my second thought was that someone needed to get those tires off the roof of the car! They had put four new tires on the roof of the F40," Amin said. "Then everything else around me disappeared. I went around the car, looked over it closely, and took LOTS of photos. I remember feeling sad by the appearance of this icon sitting there and rotting away."

The owner didn't indicate how he acquired the F40 but said that he learned that Uday Hussein was the previous owner when he shipped the car to Turkey for service. "Then the guys in Turkey didn’t want to give the car back, so this owner went there and took the car back with a lot of missing parts," Amin said.

Amin and his father discussed buying the F40, and the owner asked $300,000 in cash. However, Amin's family lives in Sweden, and getting the necessary paperwork to bring the Ferrari there legally proved to be impossible.

"I called the current owner last Friday, who is still the same guy I met all those years ago, and asked to get new pictures of the car. These are the ones you have now received from me, together with photos from the very first time I saw the F40."

There's also the video below that shows the F40 running following a recent restoration.

There are still some interesting holes in this story. First, Uday Hussein instructed troops to burn his cars following the United States' invasion of Iraq. Somehow, this F40 avoided destruction. We'd also love to know how the supercar got to its current owner in Erbil.

When Ratarossa tracked down the F40, the owner asked $1.15 million for the Ferrari. Now that it's running, he seems much less interested in selling the rare car than when Amin saw the vehicle in much rougher shape and asked just $300,000 for it.

Hat's off to Ratarossa for reigniting interest in this Ferrari with a fascinating history. And our thanks to Mazan Amin for sharing these photos and details with us.

If you love Ferraris, join the world's largest group of Ferrari owners and enthusiasts at FerrariChat.