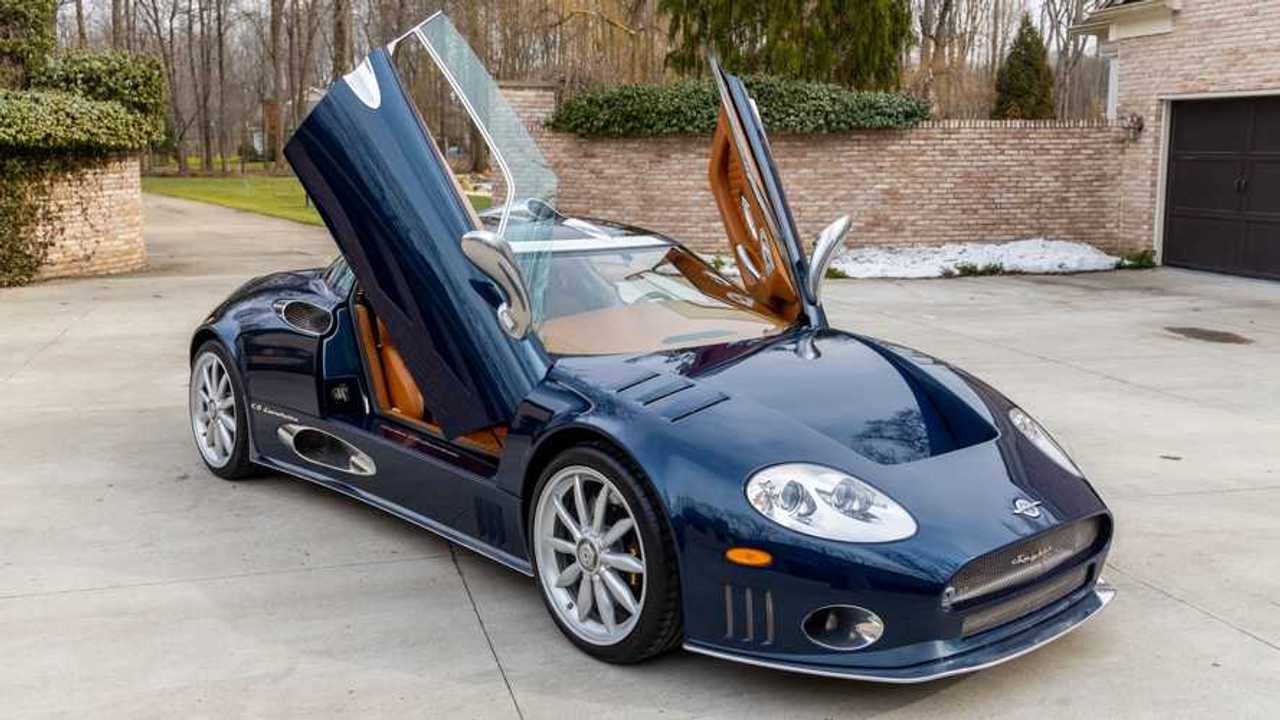 These hardly ever come up for sale.

The Spyker C8 Laviolette is one of the most unique supercars built in the last century and today you could own an example of this incredibly rare dutch supercar. Spyker is a small supercar manufacturer based in the Netherlands named for the Dutch airplane manufacturer of the same name which closed its doors in the 1920s. The Spyker C8 featured in today’s Bring a Trailer Auction represents a refreshing take on the familiar supercar formula.

Spyker was reborn in 2000 with the unveiling for the C8 Spyder concept at the Birmingham Autoshow. The C8 Spyder was a roofless hand-built supercar that features endless attention to detail and a mid-mounted Audi V8. In 2001 Spyker revealed the C8 Laviolette which added a glass roof and aluminum roof-mounted engine intake on the C8 Spyder to create the brand’s first coupe.

Spyker even built a racing version of the C8 Laviolette known as the Double 12 R, which raced at The 24 Hours of Le Mans in 2003 to mixed results. Spyker returned to the Le Man 24 hours in 2009 with the revised C8 Laviolette GT2R. The team placed 5th in the GT class, a massive feat for a small boutique supercar manufacturer.

Besides racing heritage, the Spyker C8 Laviolette represents some of the greatest craftsmanship of any car on the road. All of the handbuilt components are aircraft-inspired including the C8’s all-aluminum construction. The interior sees a great deal of aeronautical influence, especially in the gauge cluster. The Spyker C8 offers an exposed gear shift linkage that allows you to see the usually hidden mechanical ballet of shifting gears.

Spyker C8 Supercar Has An Ignition Switch In The Glove Box

Are you looking to purchase a rare dutch supercar with a racing pedigree and aircraft inspiration? Well then, we’ve found the perfect car for you and we wish you happy bidding.