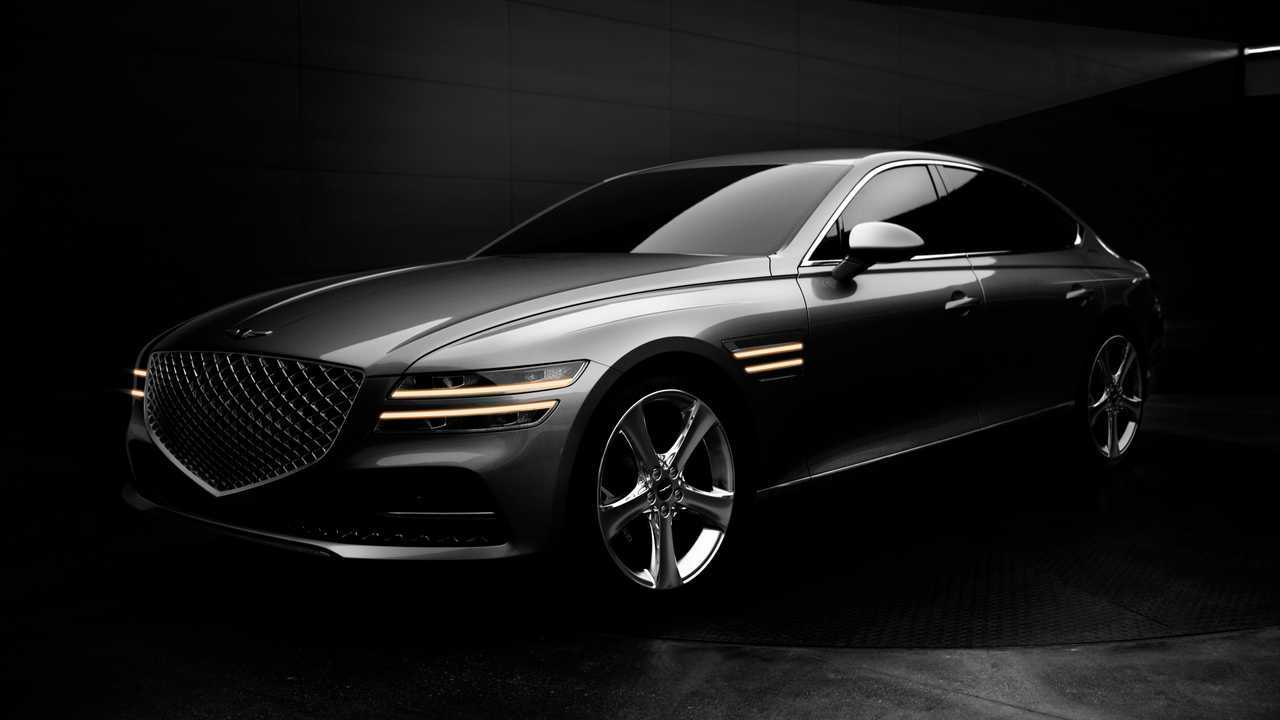 The design takes direction from the GV80.

It was just two weeks ago that Motor1.com reported that the 2021 Genesis G80 sedan would make its world debut at the Geneva International Motor Show. Now, with the show canceled, it appears Genesis took matters into its own hands, showing off the car (in full detail) on the company's official Instagram account before its debut.

Accompanied by the caption “stay tuned as we get set to unveil the all-new Genesis G80,” the Korean luxury automaker wasn’t shy in letting us preview every major angle of the car, including the interior.

Based on these early impressions, we’re loving what we see. The design is very reminiscent of the recent GV80 SUV, including the brand’s new “two-line” theme, which finds itself throughout exterior cues such as the headlights and character lines running along the car. Not to be overlooked is the massive shield grille, which looks ominous, just as it does on the larger G90. The taillights carry the same two-line theme, rounding off a good looking rear three-quarter angle, including the Genesis script placed prominently int the center of the trunk. While the GV80 is stunning in just about every way you look at it, this sedan wears the design language even better. The side profile also carries the same elegance as the new Hyundai Sonata, just without many of the controversial design touches.

Inside, the G80 also appears to steal plenty of details from its bigger SUV sibling, including the massive landscape 14.5-inch touchscreen display and ash wood trim throughout the dash. Other cues such as the pressure-sensitive rotary dial in the center console and contrasting leather colors also carry over from the GV80.

We know that the G80 shares a platform with the GV80 as well, and although Genesis hasn’t confirmed any powertrain information to us yet, it’s probably safe to assume that the G80 will get either the 2.5-liter four-cylinder or 3.5-liter V6 found in the SUV.

With Genesis posting these images before the car's official debut, some of the major details such as pricing and specs still remain unknown, but this early look provides us a great glimpse into the future of Genesis – and things look good.