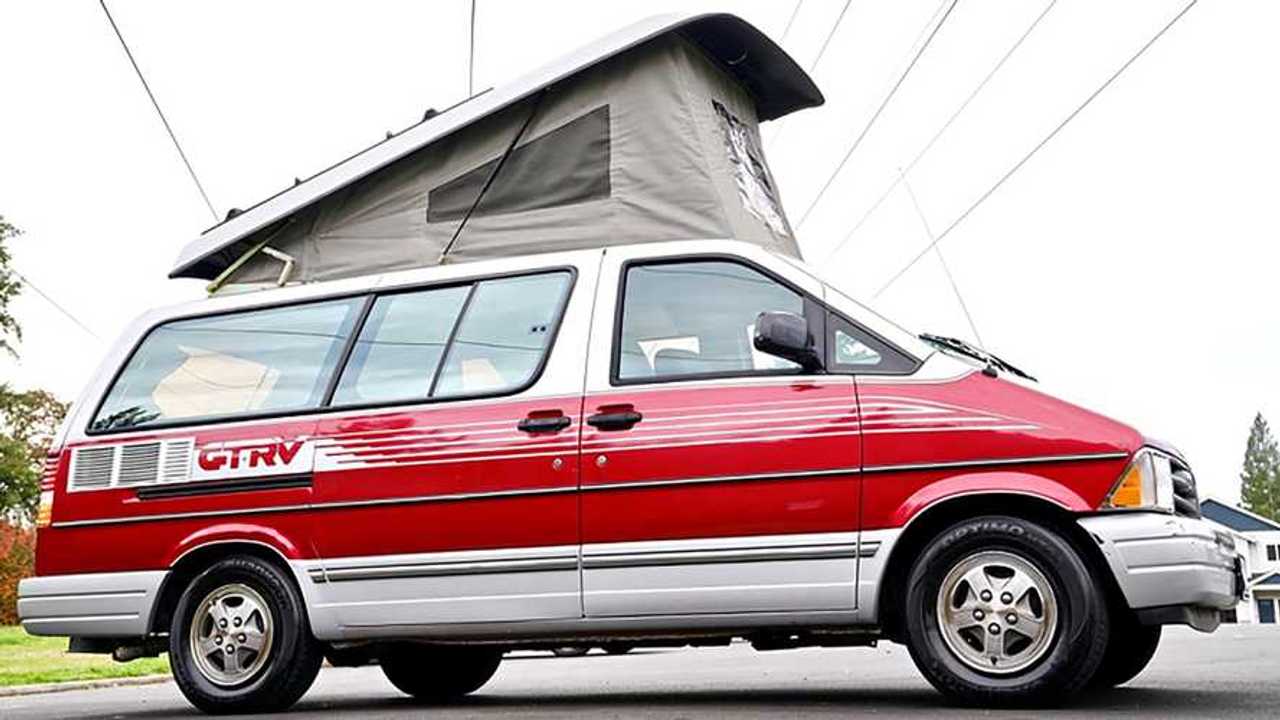 It has a sink, stove, and fridge – what more could you want?

It's easy to think of the current camper van movement as a new thing, but that's not the case. Camper vans and other combinations of homes on wheels have been around for years as people combine their transportation needs with their living arrangements. One such offering was the 1997 Ford Aerostar GTRV – an Aerostar camper van that looks better suited for the 1980s than the turn of the new millennium. And this retro recreational vehicle is for sale.

Modular Camper Van Is Perfect Base Camp With Ski-Surf Package

The Ford, posted for sale on Portland, Oregon's Craigslist, is in immaculate condition. The ad states the van has never been smoked in, and there have been no pets either. Many of the fabric surfaces are in excellent condition – no rips, tears, stains, or fades. That extends to the cabinets that feature no scuffs or cracks, and there's no sign of rot either. The seller says the Aerostar hasn't been off-road or abused, adding that it's been kept in a garage.

Inside, it's about as modern as you can get, though it does feel dates – as it should for a 20-plus-year-old camper van. It features a sink, refrigerator, two-burner stove, dinette table, and an air conditioner. The second-row bench seat folds into the bed while the rooftop tent provides more standing room than the van's typical roof. The only thing missing – at least from what we can see – is a shower and toilet, though many of these smaller camper vans must make compromises somewhere, and most of the time it's a shower and toilet that are axed from the design.

The 1997 Ford Aerostar GTRV is listed for sale for $5,500. There's no odometer reading listed, so it's unclear how many miles the van's driven. However, considering its immaculate condition, it's likely not many. Yes, it's dated, but that's a cosmetic issue. Today's camper vans are sleeker and packed with even more amenities. They're also more expensive. This Aerostar GTRV is priced for those interested in the camper van lifestyle who may not want to sink tens of thousands of dollars into something brand new.