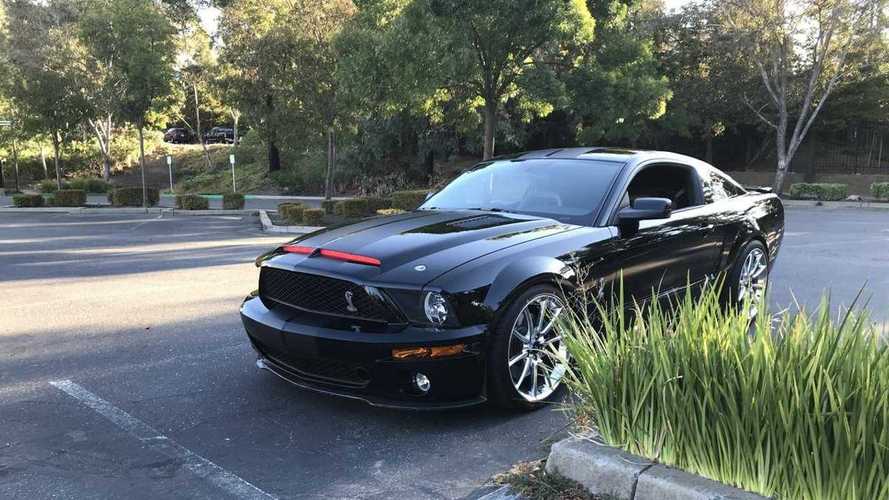 Is this Mustang your knight in shining armor?

If you’re not familiar with the 2008 reboot of the iconic series, Knight Rider, you’re forgiven. This single-season series ran from 2008-2009 after the debut of an NBC TV movie in an attempt to bring back the Knight Rider series. Although the show did not survive, it resulted in the creation of an incredible one-off 2008 Ford Mustang that’s currently for sale. Is this forgotten KITT the perfect Mustang for you?

Gallery: Now's Your Chance To Own The Mustang From Knight Rider Reboot

Ford wanted to base the 2008 Mustang KITT for the Knight Rider series on the top dog King of the Road GT500, however, the KR GT500 wasn’t ready in time for filming. Ford’s solution was to take a stock 2008 GT Mustang and add all of the KR performance parts.

In 2008, a stock Ford Mustang GT made 300 horsepower from its 4.6-liter V8 engine. To increase performance to KITT levels, Ford installed several performance parts. The largest upgrade was the addition of a Whipple supercharger that pushes power to an excess of 400 horsepower. To support this extra power Ford added their Ford Racing suspension package, 6-piston Brembo brakes, and a free-flowing exhaust system.

All of this performance was backed by the same 5-speed automatic transmission found in the base Mustang GT. This choice was specifically made to allow actors to focus on delivering their lines rather than shifting gears.

The interior was completely customized for the series. There’s the same chopped steering wheel, which was introduced in the original Knight Rider series. A pair of custom racing seats were also added along with the deletion of the Mustang’s climate controls and radio. Instead, a screen was inserted which allowed KITT to display critical information for the show.