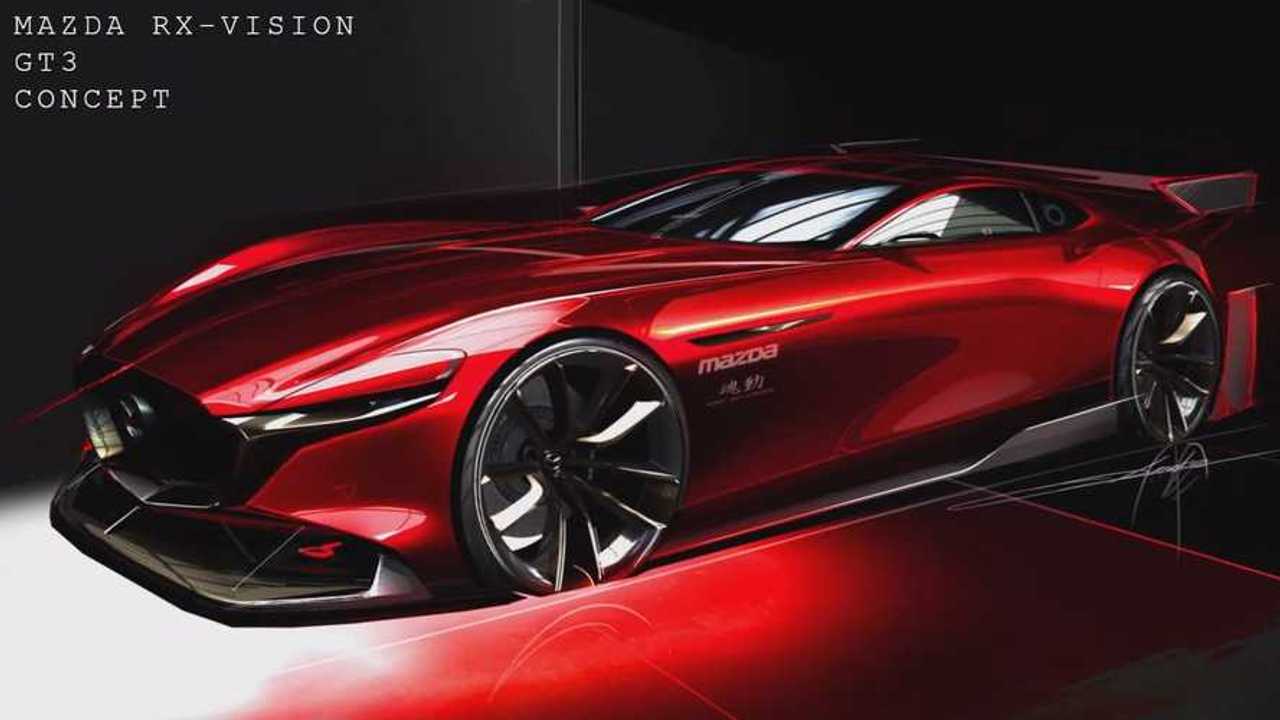 Surely one of the most beautiful race cars to never exist.

The Batmobile-ready Lamborghini V12 Vision Gran Turismo wasn’t the only car to be revealed last weekend for Gran Turismo Sport as Mazda also showed the new RX-Vision GT3 concept. The virtual race car was briefly featured in sketch form during the World Final of the FIA World Tour in Gran Turismo Sport event held in Monaco. We’ll have to wait until next year to see it in full as the video game’s developer Polyphony Digital is currently working to model the swoopy race car.

If this gorgeous race car looks familiar, there’s a good reason for that. It’s heavily based on the stunning RX-Vision concept unveiled a little over four years ago at the Tokyo Motor Show. The showcar combined sleek styling with an all-new SkyActiv-R engine, although technical specifications were never released. The rotary engine is indeed making a return, but as you probably know by now, it’s only returning as a range-extending engine per the official word from Mazda. It’s also not known at this point whether the race car designed for Gran Turismo Sport will feature the rotary engine of the 2015 concept.

Getting back to the RX-Vision GT3 at hand, surely the final car for Gran Turismo won’t look as dramatic as this taking into consideration the roof seems unrealistically low and the wheels are rather huge. The aero work with the massive splitter up front and the giant rear wing at the back will likely be toned down a bit, and that should also include the huge vertical planes of the diffuser and the beefy side skirts.

Little else has been revealed about the RX-Vision GT3, although we do know it will have a 48:52 weight distribution with a front mid-mounted engine. The styling is penned Ikuo Maeda, Mazda’s head of global design, who was also responsible for the RX-Vision and the RX-8. Fun fact – his father, Matasaburo Maeda, designed the original RX-7 back in the day.

Mazda is signing a partnership with Polyphony Digital to become a partner of Gran Turismo Sport from 2020, after similar deals announced in February by Toyota and in August by Porsche. More Mazdas are to come following the RX-Vision GT3’s debut in the FIA GT Championships next year, and we’d definitely want the wild Mazda3 TCR on that list.