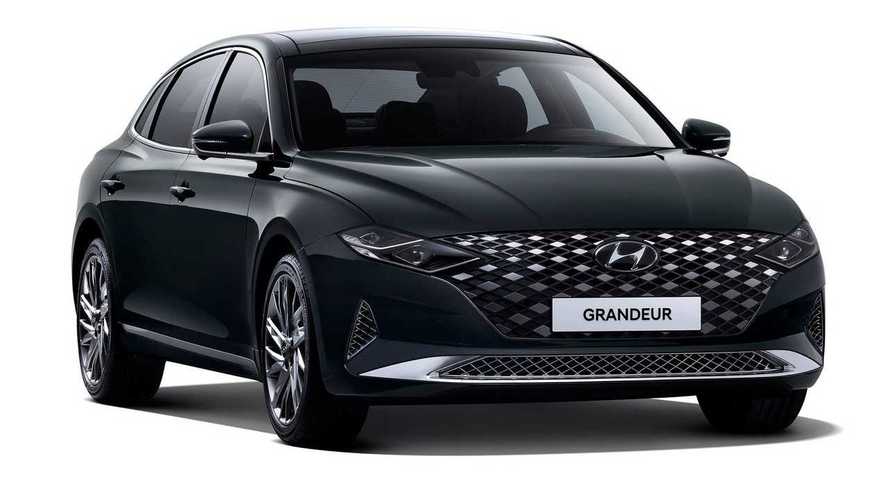 Some facelifts go by unnoticed, but this one is eye-catching.

Hyundai introduced the Grandeur back in 1986 as its flagship model, but the large sedan lost that status a decade later when the Dynasty was launched as a range-topping car. The latter was discontinued a decade later, which effectively meant the Grandeur was once again the cream of the crop in Hyundai’s lineup. In its sixth generation since 2016, the posh sedan is getting a major mid-cycle refresh in South Korea as previously indicated by the teaser images.

Retired in 2017 from the U.S. market, the Azera / Grandeur looks just as special as the all-new Sonata and proves once again that Hyundai has upped its game in terms of design. With an intricate front grille featuring elements that light up, the company’s crown jewel is anything but bland. The new face might make you think this is an all-new car, but in reality, it’s a significant facelift applied to a vehicle that has been around for about three years.

The massive changes applied at the front go beyond the fancy grille pattern as Hyundai has also installed a pair of sharper headlights in the same vein as those of the smaller 2020 Sonata, thus ditching the more rounded clusters of the pre-facelift model. The designers also took some time to tweak the front bumper, which now looks a tad more aggressive.

At the back, the previous Grandeur already had a full-width LED light strip, but it has been reinterpreted for the facelift with curved edges and dare we say it lends the derrière a more sophisticated look. Overall, we could easily see Genesis’ badge on this car as the exterior design sends out a premium vibe worthy of Hyundai’s luxury brand.

Stepping inside, the changes are also quite significant as we’re noticing a fully digital instrument cluster joined by a display for the infotainment system, with both measuring 12.3 inches. The center console has lost some of the traditional controls since those have been integrated into a secondary touch display. Even the air vents have changed since they’re now considerably slimmer and less visible by blending better with the dashboard. The thick and large gear lever for the automatic transmission has been replaced by buttons to enable a cleaner design of the lower center console.

Hyundai South Korea has also published technical specifications regarding its updated flagship, which will be powered by a 2.5-liter gasoline engine hooked up to an eight-speed automatic transmission. There’s also a hybrid model combining a 2.4-liter gasoline engine with a 38-kW electric motor, a six-speed automatic gearbox, and a lithium-ion battery pack. Alternatively, the LPi 3.0 model runs on liquefied petroleum gas (LPG).

Being positioned at the top of Hyundai’s hierarchy, it goes without saying the 2020 Grandeur comes loaded with features. Wheels as large as 19 inches are available, along with goodies like a head-up display, panoramic sunroof, ventilated seats, and a 12-speaker JBL sound system. The list goes on with full LED headlights and electric seats, not to mention a plethora of safety and assistance systems as you’d expect from a flagship car.

Hyundai is already taking orders for the 2020 Grandeur in South Korea.