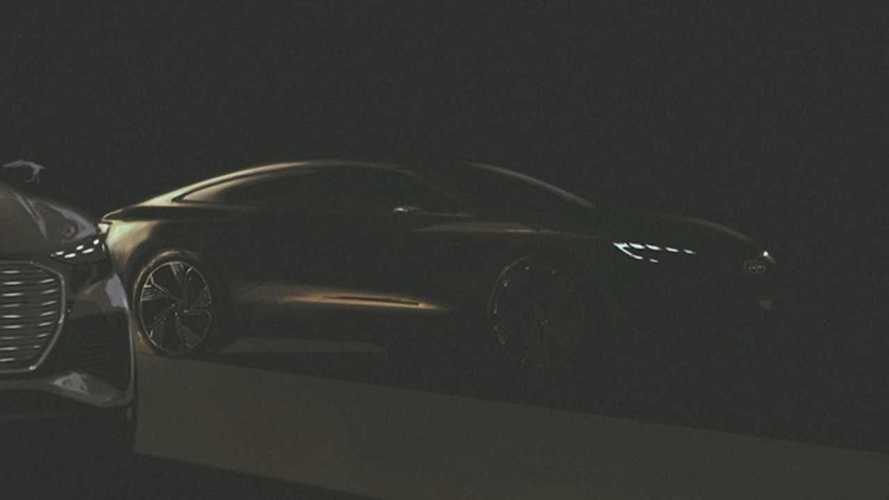 It has roughly the same size and shape as the A5 Sportback.

If you’re still not convinced about Audi’s electric agenda, we need to remind you the Ingolstadt-based marque is working on a variety of electric vehicles based on four different platforms. The E-Tron SUV is already on sale with its zero-emissions adaptation of the MLB Evo platform, while the gorgeous E-Tron GT will make use of the J1 architecture developed by Porsche and shared with the Taycan. The VW Group’s MEB platform will underpin the Q4 E-Tron having debuted recently on the ID.3 hatchback.

Then there’s the Premium Platform Electric (PPE) Audi is developing together with Porsche for upper midsize models, varying from Sportbacks and Avants to crossovers and SUVs. Audi is now previewing a sleek concept car roughly the same size and shape as the A5 Sportback that’ll pave the way for the PPE platform, which Audi says will be the EV equivalent of combustion cars equipped with longitudinally mounted engines.

Teased here under wraps and in grainy images, the unnamed concept is a recipient of the PPE hardware, which is being developed with a rear-mounted electric motor and a rear-wheel-drive layout for the lower-end models. More expensive ones will add an electric motor at the front axle to enable an AWD configuration.

Audi goes on to mention the PPE’s technology package is “generally similar” to that of the aforementioned MEB, but with support for four-wheel steering, torque vectoring, and air suspension. Speaking of packaging, the company goes on to mention that even though these electric vehicles will be shorter than the ones based on the MLB platform, they’ll offer more room inside the cabin thanks to the clever placement of the electric motor(s) and the battery pack while getting rid of the center tunnel.

As it’s the case with the Taycan, PPE-based Audis will feature an advanced 800-volt system capable of 350-kW charging. Various battery packs are going to be available, with the biggest one said to provide a range of more than 300 miles (483 kilometers) between charges.

The concept teased here is still in the early stages of design, so we won’t see it in full anytime soon. The first Audi EVs based on the PPE platform are scheduled to go on sale early in the next decade.