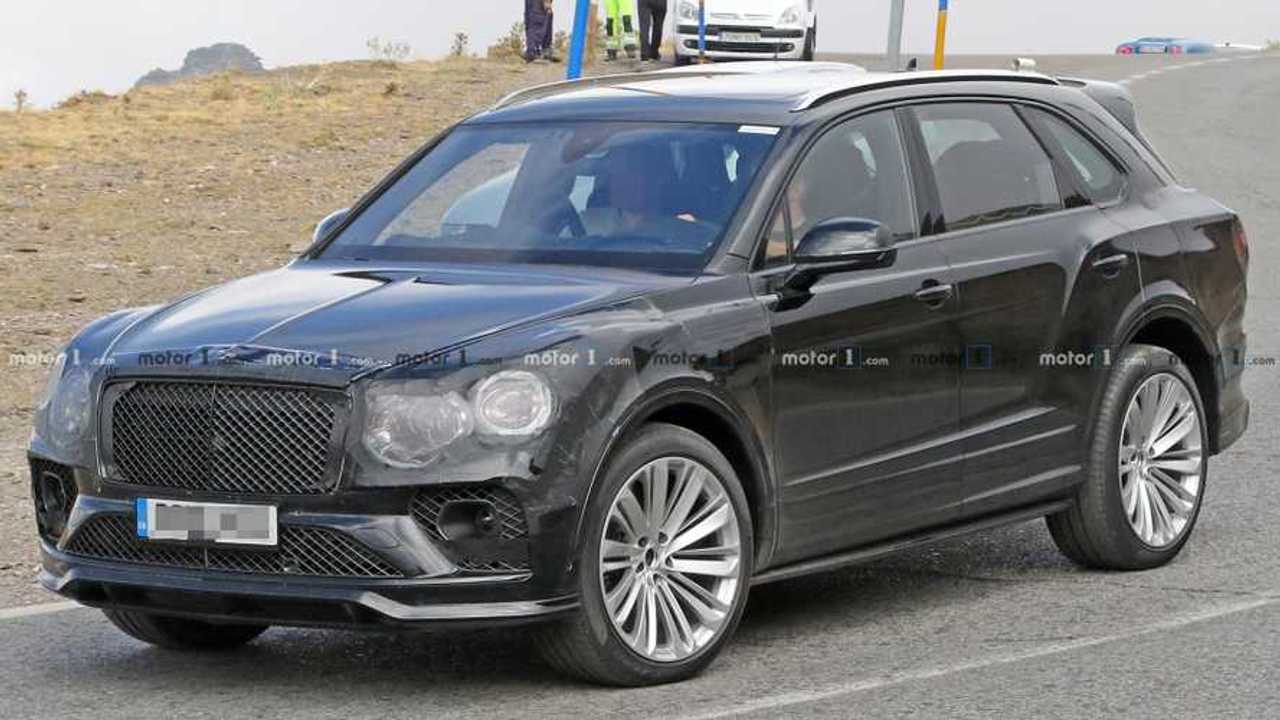 The changes are especially notable at the front.

The refresh Bentley Bentayga shows off its styling tweaks for the first time in this new batch of spy shots. The changes make the luxury SUV look more like the rest of the brand's modern lineup.

The front end now appears to have a pair of nearly equally sized headlights, rather than having smaller lamps on the outside like the current design. A new fascia has uprights that extend all the way through the design rather than going underneath the foglights.

At the back, the taillights appear to have the same general design, but the lamps inside now have a circular layout rather than the current, boxier look. The roof spoiler design seems to have a more pronounced curve, too.

According to the spy photographers, this test mule has concealment over its cabin. This suggests there are some tweaks in there that Bentley doesn't want the world to see. The refresh would give Bentley an opportunity to update the Bentayga's infotainment system, though. Tweaks to the interior trim are also likely.

There's no evidence of powertrain changes on this test mule, but we can't rule out the company making some slight tweaks to improve engine output, efficiency, or both.

The Bentayga has been a huge success for Bentley and now amounts for nearly half of the brand's sales each year. For the time being, the automaker doesn't intend to expand its crossover lineup, though. Company CEO Adrian Hallmark says there isn't a smaller one on the way in the near future, and the brand doesn't intend to do a coupe-inspired version of the Bentayga, either. “We’ll improve it through technology. We haven’t even scratched the surface of its potential," he said about the model's future in a recent interview.