The Aston Martin Valhalla will be the British brand's title for its upcoming mid-engined hypercar. The name comes from Norse mythology and refers to the place where dead warriors go on in the afterlife. The mythical moniker replaces the less evocative AM-RB 003 name (gallery below) from earlier concepts for this vehicle.

The Valhalla will pack power befitting its powerful name by using a turbocharged V6 and battery-electric hybrid system. Aston Martin isn't revealing the output yet, but rumors put the figure at roughly 1,000 horsepower (746 kilowatts).

"Aston Martin model names always attract a lot of attention. They do so because they invariably capture an emotion or tell a story," company boss Andy Palmer said in the announcement of the model name. "In following the Valkyrie we knew the Aston Martin Valhalla needed to make a strong statement of its own, yet also offer continuity and a clear connection. Norse mythology contains such powerful language and rich storytelling it felt only right that the AM-RB 003 should follow the Valkyrie’s theme."

The Rumors About Valhalla: 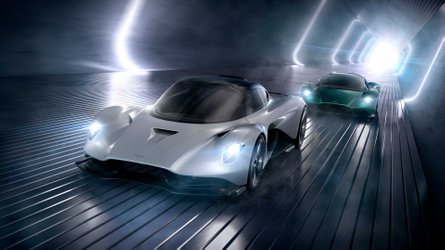 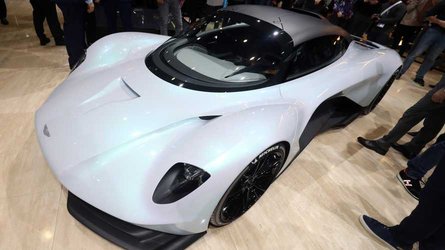 Like the Valkyrie, the Valhalla stems from Aston Martin's partnership with Red Bull Advanced Technologies and famed Formula One car engineer Adrian Newey. He incorporates a FlexFoil rear wing that's able to alter the amount of downforce that the aerodynamic element creates without changing its angle of attack. The piece allegedly doesn't create drag, turbulence, or wind noise. The vehicle also features entirely carbon fiber construction that allegedly keeps the weight to just 2,976 pounds (1,350 kilograms).

As with the mythological Valhalla, the new hypercar won't be something for most mere mortals because the company will build just 500 of them. Prices reportedly start at £875,000 ($1.1 million at current exchange rates).