But, of course, Mercedes has the last word on Twitter.

After more than 13 years at the helm of Daimler, Dieter Zetsche has retired from his roles as a Chairman of the Board of Management of the company and Head of Mercedes-Benz Cars. To congratulate Dr. Z on his retirement, one of the biggest rivals of the three-pointed star company, BMW, has released an emotional video documenting his last day at work.

The short clip published on YouTube shows Zetsche saying goodbye to his colleagues, handing in his badge, and going home by a chauffeured black S-Class. He arrives home free from the pressure of running one of the largest and most important manufacturers in the automotive industry. It’s the end of an era but also the beginning of a new one. 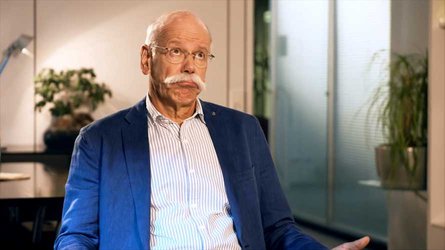 Being “free at last,” Zetsche goes to his garage to pick a car for a leisure drive. The garage door opens to uncover a vintage Mercedes but that’s not Dr. Z’s choice for today. The punchline – he goes out for a ride in a BMW i8 Roadster. At the end of the gentleman tribute video, BMW sincerely thanks the man with the white mustache for his work.

"Thank you, Dieter Zetsche, for so many years of inspiring competition.”

Of course, Mercedes was quick to react with a cheeky response on Twitter, which suggests Zetsche is going for an all-electric EQ model from Merc, instead of BMW’s open-top hybrid sports car.

Having joined the R&D division of Daimler right after receiving his degree in electrical engineering in 1976, the Turkish-born Zetsche was promoted to Assistant Development Manage in 1981. In 1995, after years abroad leading the company’s commercial vehicles business units in Brazil, Argentina, and the United States, he was appointed to the board of management of Mercedes-Benz AG as head of sales. A decade later, he became Head of the Mercedes-Benz Car Group and just a year later was appointed as CEO of Daimler AG.

"With Dieter Zetsche, an exceptional executive is leaving,” Manfred Bischoff, Chairman of the Supervisory Board of Daimler AG, commented. “He has successfully led Daimler back to the top, also through difficult terrain. Together with the employees, he has pushed forward the company's fundamental transformation. Under his leadership, Daimler has laid the foundation for a good future. He deserves our unqualified gratitude."

Zetsche’s role in the company is now taken by Ola Kallenius.