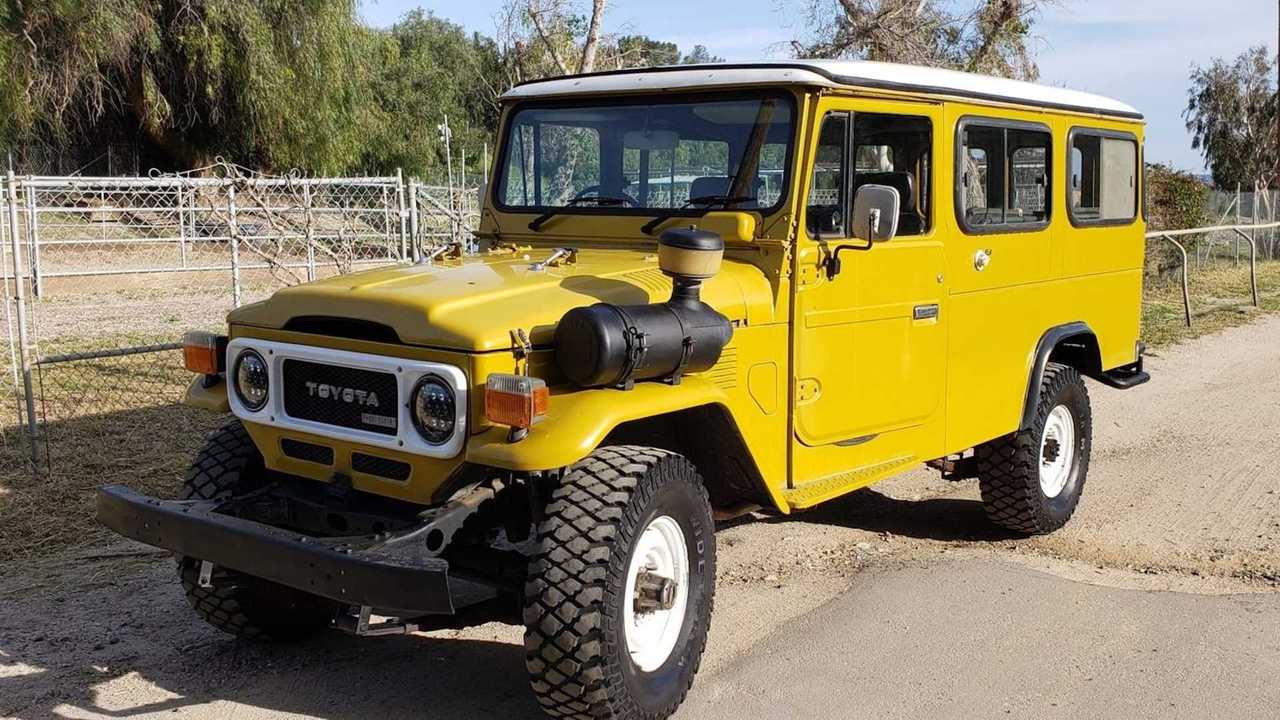 It has a long wheelbase, extra headroom, and two diesel fuel tanks. What's not to love?

The Toyota HJ45, one of the many versions of the Land Cruiser J40 series, is probably one of the many classic Toyotas that would probably be present in the must-have list of off-roaders and car nuts alike. Just look at it. Seriously. It has the classic retro look, represented by its round headlamps, while solid grille, and boxy shape that would carry any absurd color you could think of and yet still rocking it.

Now, take a Toyota H45, splash mustard yellow paint on it, extend its wheelbase, and install a pop top camper on it because, why not? That's exactly what's for sale on Bring a Trailer, and you have until May 10, 2019 to convince your partner that you need this mean machine in your garage.

This Toyota HJ45 is up for bidding over at Bring a Trailer, with a current bid at $5,000 as of this writing. According to the ad, it's an import from Australia, which explains the right-hand-drive configuration. Apart from its long wheelbase conversion, the yellow truck is fitted with a Trakka overlanding conversion that includes full-roof pop-top, dual diesel tanks, a water tank, and extra-capacity exterior air intake.

Under its hood, this Toyota HJ45 has a replacement 4.0-liter diesel inline-six that drives all four wheels through a four-speed manual gearbox. For reference, Toyota HJ45s came with 3.6L diesel engines off the factory during the late '70s.

Here Are Some Serious Motorhomes You Should Check Out:

Of course, a vehicle this old won't be without any issues at all. It has received metal repair and anti-rusting treatment before the seller's ownership, while the mustard yellow paint has been retouched. There is also some corrosion that can be found at the rear corners, front floor pan, drip rail, around the wheel arches, and in the cargo area floor.

If you're into this stretched Toyota Land Cruiser HJ45, head on over at Bring a Trailer, register, and bid. It's only a matter of time before this goes off at the hammer.