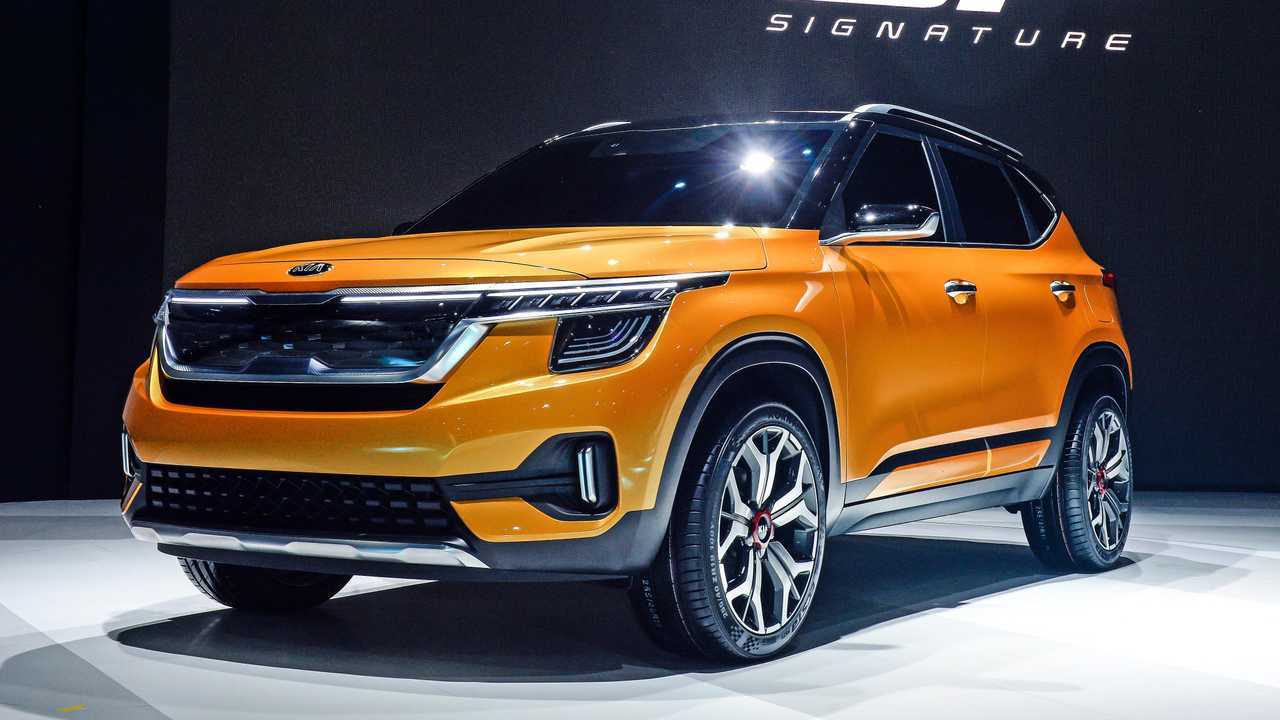 If you’re wondering why the Kia Signature looks so familiar, it’s because the stylish crossover is nothing more than an evolution of another concept introduced a little over a year ago. We’re talking about the SP concept shown at Auto Expo in India back in 2018, with the only difference being the new one is closer to production. How can you tell? Just look at the conventional door handles replacing the recessed ones of the original concept.

Kia mentions the production-ready version of the SP Concept / Signature will be unveiled later this year and will serve as new compact crossover due to be sold globally. We can’t say for sure whether the model in question is the rumored Tusker (name not confirmed) bound to be sold in the United States, but we’ll be surprised if it isn’t. If this is indeed the Tusker, we might get to see it as early as next month at the 2019 New York Auto Show where sister brand Hyundai has already announced it will debut the sub-Kona Venue crossover.

See A Render Of The Production Version:

Unveiled this week at the 2019 Seoul Motor Show in Kia's domestic market South Korea, the new concept also previews the design of future global Kia models. It looks quite sleek and modern, although we are not exactly big fans of the dual faux exhaust tips that have unfortunately become quite common in the automotive industry even on performance cars.

As a final note, it’s worth mentioning the Kia Signature concept shares the spotlight in Seoul with yet another concept, the Masterpiece large SUV, which serves as an early look at the next-generation Mohave.

Caught By The Spy Camera: