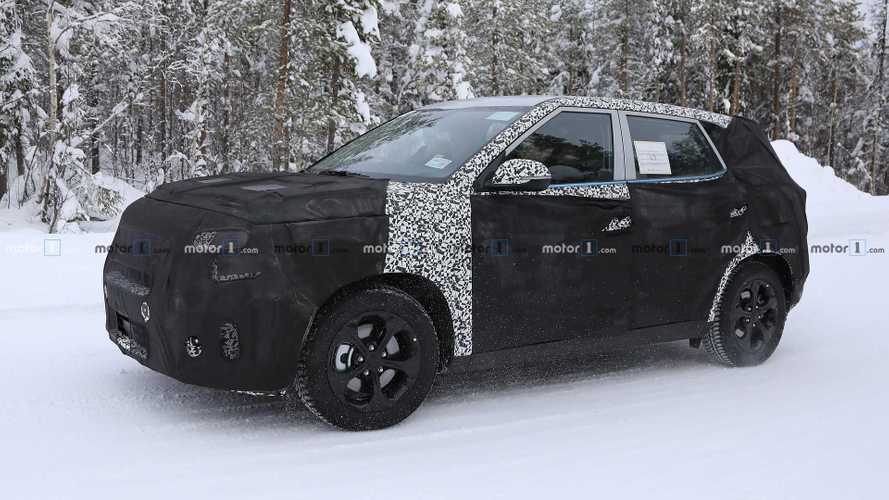 It should slot below the Sportage price wise.

Remember Kia’s SP Concept from late October last year? It was a cute high-riding machine designed with Indian customers in mind that was later confirmed to be planned for a launch in the United States as well. As these spy photos reveal, the South Korean company has started the development process and is already testing a trial car on public roads.

Officially Revealed With A Different Name:

According to different sources, Kia will give its new compact crossover the Tusker moniker. The good news is the attractive design of the SP Concept will most likely be mirrored by the production vehicle and the high beltline of this prototype is here to prove that. There’s a lot of camouflage on this vehicle, but it’s probably already wearing its production lights, both at the back and up front.

Bigger differences between the concept and the production model will be seen at the front fascia, where the shape of the headlights will be different, and most likely the design of the bumper as well. The wheels on this particular car look nice, but there are probably there just for testing purposes.

According to preliminary details, the Tusker (name not confirmed for the American market) will ride on the same platform that is going to underpin the new Hyundai Creta, another model designed especially for the Indian market. While this architecture is generally capable of spawning a seven-seater, Kia’s new crossover will retain the compact dimensions of the concept and will offer five seats.

Depending on the region, the new vehicle will be offered with either a 1.4-liter turbocharged gas engine or a 2.0-liter naturally aspirated one. A seven-speed dual-clutch automatic should be offered as an extra, but an AWD option won’t happen in order to leave some space for the more expensive Sportage.

Note: Kia SP Concept pictured in the gallery below.