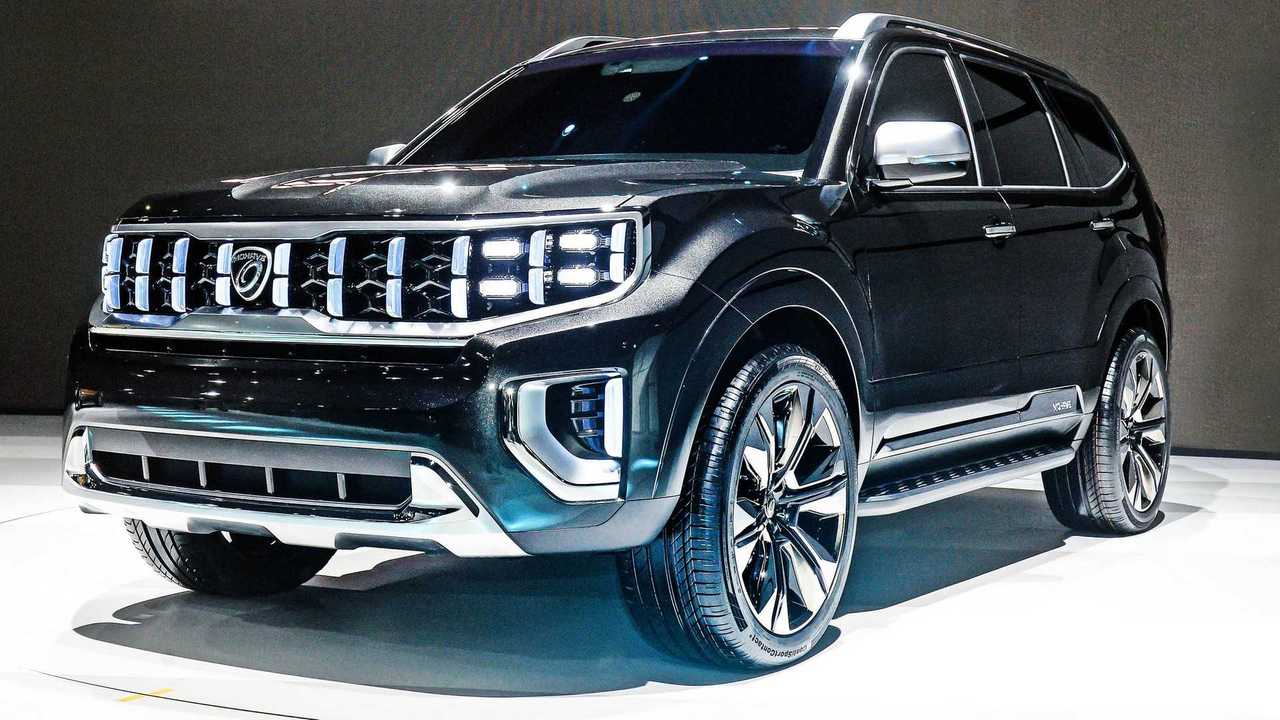 The launch of the Telluride large SUV doesn’t spell the end of the Mohave as Kia’s other big high-riding model is still available at home in South Korea as well as in China. Known in the United States as the defunct Borrego, the large-and-in-charge SUV has been on the market for more than a decade, so it doesn’t come as a surprise that Kia is getting ready to roll out a second generation.

Spotted undergoing testing as a camouflaged prototype in late January, the all-new Mohave is currently attending the Seoul Motor Show in concept form. It goes by the name of Masterpiece, so it’s safe to say Kia is really proud of its SUV. Big, bold and rugged, the concept features a new look of the corporate “tiger nose” grille flanked by intricate four-point LED headlights carrying the so-called ice cube theme we’ve seen on previous Kia models.

At the back, there’s a wide third brake light incorporated into the roof-mounted spoiler, while the LED taillights sit to the left and right of an illuminated “Mohave” logo. Quad exhaust tips denote something powerful resides underneath the hood, although the press release doesn’t say anything about the vehicle’s hardware.

Since we mentioned logos in the previous paragraph, notice the lack of any visible Kia badges?  Open the company’s South Korean or Chinese websites and go to the pages dedicated to the current-generation Mohave. It’s the same story – all images will show the SUV carrying a bespoke Mohave badge rather than the familiar Kia logo.

Taking into account the concept’s windows are all blacked out and there aren’t any official images depicting the cabin, chances are Kia is not quite ready yet to reveal the Masterpiece’s interior.

Kia doesn’t say when it will launch the next-generation Mohave, but with the aforementioned prototype carrying the full production body, an official debut is probably not that far away.