Could this be a very early indication of a forthcoming Stelvio facelift?

The world of automotive spy photography can be quite interesting and exciting. Recently, one of our sources came upon a fleet of Alfa Romeo Stelvios, one of which was a Quadrifoglio wearing a bit of camouflage wrap front and rear. The other two non-performance models parked next to it wore no camouflage at all, but our people on the ground were hard-pressed to find any notable exterior changes. Even the camo-wrapped Stelvio Quadrifoglio appeared to have the same body lines as the current model beneath the cover. Are these, in fact, test vehicles for a refreshed future Stelvio?

Our Take On The Current Stelvio: 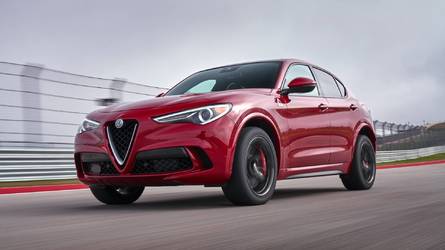 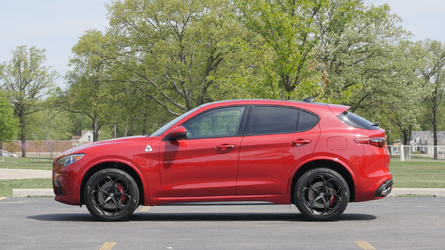 We believe yes, because inside two of the vehicles our photographer did spot some minor changes. It appears the center console for the next Stelvio will differ ever-so-slightly, with a mildly reshaped center armrest set off with new console trim that’s more rounded. The gear selector and surrounding dials look nearly identical, but in actuality, the shift stalk looks a bit shorter and the trim is reshaped around it. It’s possible this minor update could befall the Giulia as well, as a few sedans with thoroughly covered interiors were spied with the SUV fleet.

The real question here is whether we’re looking at early examples of a mild Stelvio facelift, or just a few interior trim updates for the current model. We suspect the former, with these test vehicles still wearing the current Stelvio’s skin on the outside for reasons unknown. Of course, we have no way to verify this is the case, but the SUV world does move quite fast and the current model is a couple years old at this point. A minor facelift in the near future certainly makes sense.

If we are looking at the very early stages of a Stelvio refresh, we’d expect to see camouflaged models with actual updated exterior features very soon, with a likely reveal date sometime in 2020 for the 2021 model year.