It will be joined on stage by two electrified models.

The 2019 Geneva Motor Show is right around the corner, and you know what that means – a lot of teasers from the automakers that have confirmed the trip to Switzerland. Subaru is on that list and aside from introducing two Euro-spec electrified models, it will also unveil a world premiere in the form of the Viziv Adrenaline. 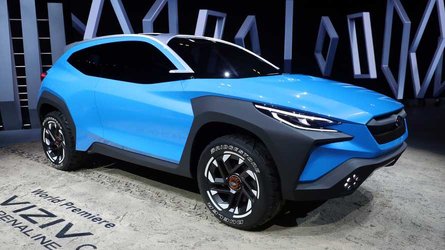 The concept will follow several other Viziv (originating from Vision for Innovation”) concepts introduced in recent years and will take the shape of what looks to be a small crossover. The high-riding vehicle appears to have only two doors and a generous ground clearance, while the cameras mounted on the frame of the hexagonal windshield come to replace conventional mirrors.

The jacked-up Subie appears to be lacking traditional door mirrors and seems to have cutouts in the hood, which could be a sign there’s still a combustion engine at the heart of the vehicle despite the Viziv Adrenaline’s concept nature. The bulging fenders and quarter panels lend the crossover a rugged appearance, while the C-shaped LED headlights are reminiscent of previous Viziv concepts.

The use of “Adrenaline” indicates we could be dealing with a high-performance concept, but with Subaru refusing to go into any sort of details about the Geneva-bound showcar, it’s only a speculation we’re making for the time being.

Could this concept serve as a window into Subaru’s future? Possibly. The Viziv Performance STI concept likely was a preview of the next-gen WRX STI, while the Viziv Tourer concept might signal the return of the WRX wagon. Going back in time, let’s remember the Viziv-7 went on to become the production-ready Ascent, so it could mean the new Adrenaline concept will have a correspondent in a Subaru showroom in the years to come.

Meanwhile, the latest Viziv will premiere on March 5 at the 89th Geneva Motor Show.

Other Subies coming to Geneva: 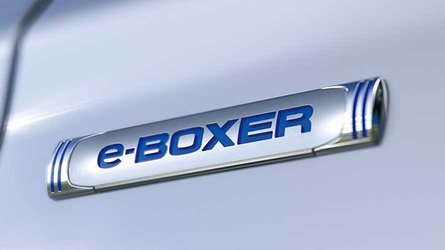 The SUBARU VIZIV ADRENALINE CONCEPT will be unveiled at the press briefing scheduled for 10:45 AM (Central European Time) on March 5 at Subaru booth.

At the Subaru booth, two electrified models equipped with e-BOXER (European specification) will be also displayed.

*: VIZIV is a coined word originated from the phrase “Vision for Innovation.”