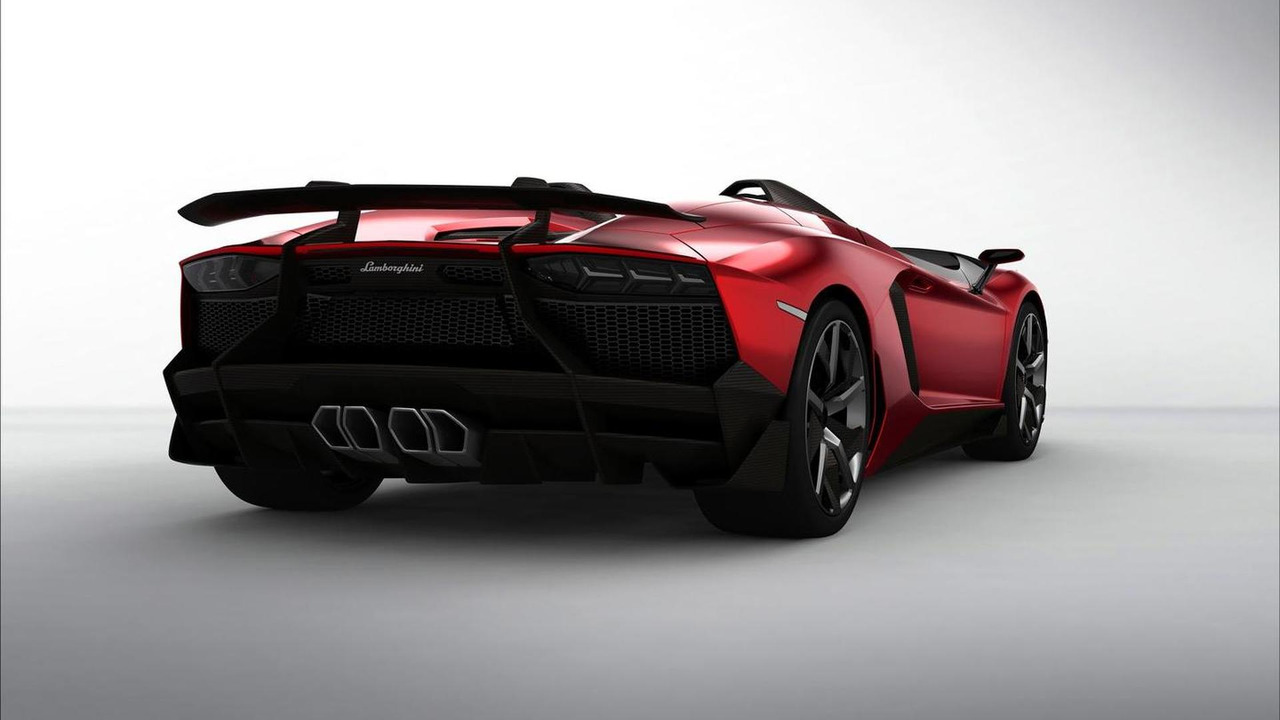 It is described as the most uncompromising super sports car that the brand has ever made. There is no roof, there is no windscreen and it can hit speeds of more than 300 kph.

Following an unwelcome leak over the weekend, Lamborghini has taken the wraps off the the Aventador J speedster at a special preview event for the Volkswagen Group this evening.

It is described as the most uncompromising super sports car that the brand has ever made. There is no roof, there is no windscreen and it can hit speeds of more than 300 kph (186 mph). Therefore, it doesn't take an Einstein to know that anybody driving this model is definitely going to need additional protective gear.

Whilst many could be forgiven for thinking the "J" of the super car's name pays homage to the legendary Jota from the 1970s, it is actually derived from the technical sporting rules of the different races under the FIA umbrella.

As we have already mentioned, the body does not feature a windscreen or roof and results in dimensions that measure 4890 mm long, 2030mm wide and a height of just 1110mm. It results in the Aventador J being the lowest model that Lamborgini has ever built.

The front is dominated by the huge carbon fiber air scoop that features winglets on the outer edges which has been designed to give the aura of a Formula 1 car when viewed from the side. Additionally, we can also see the 20-inch five-spoke aluminum wheels as well as the ultra thin doors that open upwards in true Lamborghini style and feature very small side windows.

The open-air style of the exterior naturally influences the interior. The red exterior livery flows through the interior with a red stripe that runs from the front hood, between the driver and passenger seats all the way to the rear end.

The brutal power is achieved with the help of the 6.5-liter V12 engine that has been sourced from its production coupe sibling. Output is rated at 700 PS (690 bhp / 515 kW) and 690 Nm (509 lb-ft) of torque and it is mated with Lamborghini Independent Shifting Rod (ISR) transmission and a permanent all-wheel-drive system.

Are you one of the many people wanting to get your hands on this special model. Unfortunately, the opportunity has already gone as the special one-off Aventador J speedster has already been sold for more than €2.2 million.