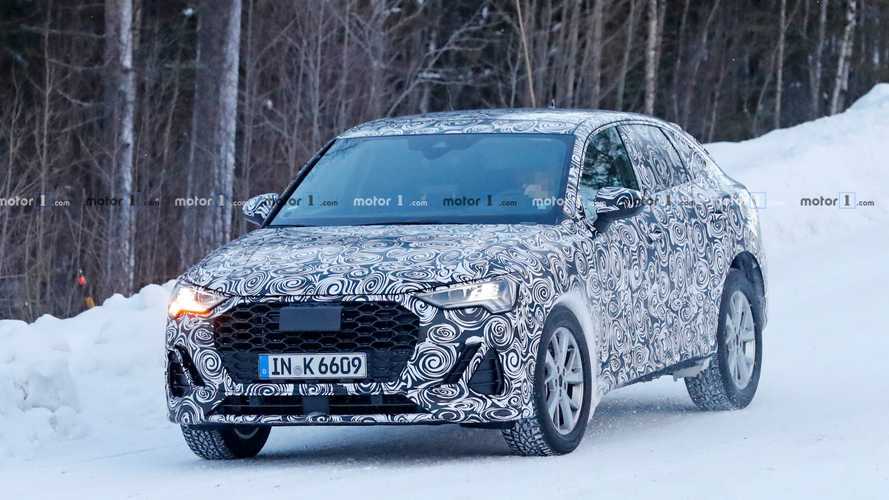 Some media publications insist it will be called Q3 Sportback, but we don't think so.

Audi is fashionably late to the whole coupe-SUV thing, but it’s trying to make up for lost time with the new Q8 and the forthcoming Q4. We’ve spotted the latter undergoing testing a couple of times already, but this fresh batch from northern Sweden allows us to take a better look at what some people say will go by the name of “Q3 Sportback.” However, we strongly believe it has been baptized “Q4” based on an article published by Audi Hungary on April 11, 2017 when they announced the said model would be built at the Győr factory:

“From 2019 on, Audi Q4 will also be made in Győr, which further contributes to the long-term success of the company.”

The same article – which you can find here – mentions the “Q4” several times, so it’s safe to say that will be the name of Audi’s new coupe-SUV. Of course, Q3 Sportback would’ve been just as good as that’s what the model essentially is – a regular Q3 with a slightly more sloped roofline. That means when the camouflage will ultimately come off, the front half of the car will look pretty much the same as the standard Q3’s, with the rear end to be modified and made more “dynamic” as you’ll probably find the word in the press release.

Set to go up against the BMW X2, next-generation Mercedes GLA, and the recently unveiled Range Rover Evoque, the Audi Q4 will inherit just about everything from the standard Q3. That means it will be offered with an assortment of three- and four-cylinder engines for the lesser versions, plus a five-cylinder RS Q4 with roughly 400 horsepower on tap.

The wraps will come off the Q4 later this year, with an SQ4 likely to follow shortly, and eventually, the RS Q4 range topper.