One-Off Dodge Viper Bravado Banshee From GTA Can Be Yours 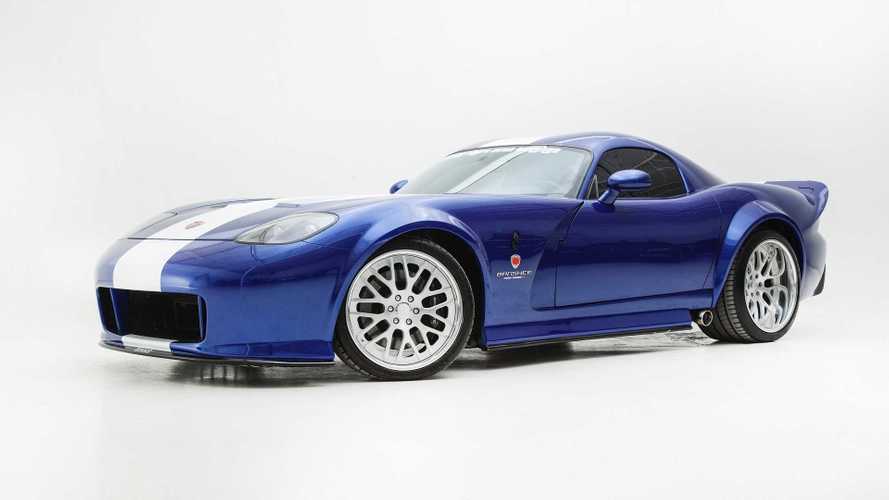 Barely driven, the GTA-inspired Viper will set you back $63,000.

What started out in life as a regular 2006 Dodge Viper SRT-10 Coupe was completely transformed by West Coast Customs into an exact replica of the Bravado Banshee. First seen in Grand Theft Auto III, the Viper-esque sports car morphed into reality a few years ago based on the model featured in the fifth installment of the hugely popular video game.

Commissioned by GTA developer Rockstar Games, the Bravado Banshee first showed up for sale back in 2014 with a “buy it now” price of $170,000. Fast forward to present day, it has been listed once again on eBay and can be yours right away for $62,991 or you can make the seller an offer and try to haggle for a better price. While this may seem like a great deal, Mecum Auctions sold this car in August for a mere $30,800.

It’s not just the exterior that has been modified to faithfully mimic the GTA car, but also the cabin has gone through extensive modifications to mirror the famous Banshee. According to the list, the Viper received approximately $180,000 worth of changes, such as the handcrafted widebody kit and tailor-made headlights and taillights.

The car sits on 19-inch Forgiato forged wheels shod in Michelin tires with “Banshee” lettering on the glossy black brake calipers. Exterior badging on the Deep Pearl Flake Blue body perfectly matches the GTA car, as do the custom hood and the front lip. Inside, the seats are wrapped in black leather with a fancy diamond pattern with red stitching and piping.

The list of modifications this Viper SRT has gone through on the inside is quite extensive, and it includes a gear knob with the Rockstar logo, red gauges, and a custom sound system with dual subwoofers, two amplifiers, and two speakers in the rear center console.

The real-life Bravado Banshee has barely been driven, with the odometer reading a mere 8,193 miles (13,185 kilometers). According to the listing, it’s a no-accident, well-maintained Viper. You can have it for roughly the same money as a new Dodge Challenger SRT Hellcat.