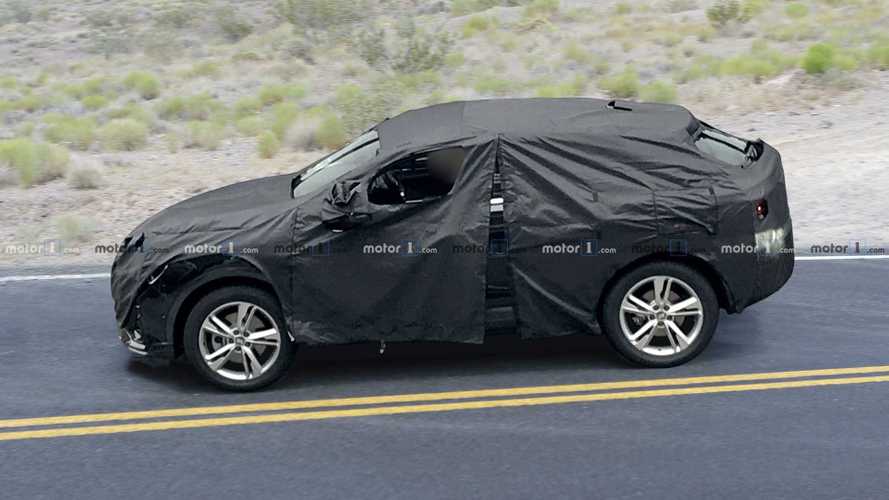 Rumors suggest it will actually be called Q3 Sportback.

Well, well, well. What do we have here? Essentially, it’s a more expensive and less practical version of the new Audi Q3 with different styling to cater fans of those love/hate crossover-coupe mashups. For the very first time, our spy photographers have been able to catch on camera a prototype of the Q4, which by the way might actually go by another name if we were to rely on a report published by Auto Bild. According to the German magazine, the crossover will be called Q3 Sportback once it will be officially revealed.

We only have these two images to share for the time being, and we must mention the reason why they might look a bit odd is because the background has been digitally altered to avoid any potential legal issues. We haven’t seen so much camouflage on a prototype in a while, and it could be a sign Audi has massively modified the design of the regular Q3 to create its more stylish cousin.

As a matter of fact, it was only last week when Audi’s exterior design boss, Andreas Mindt, promised the Q3 Sportback / Q4 will be more than just a coupe-ified version of the standard Q3. He went on to mention it will stand out from Audi’s vast crossover lineup, adding there’s one particular design feature that separates it from all of the other Q models.

Because of the heavy disguise, there’s not much to see at this point, although we do notice the roofline has been altered and it’s more sloped towards the back. It is pretty safe to assume the rear pillar has gone through some important changes, along with the quarter glass and the crossover’s entire rear end. Chances are practicality and driver’s visibility will have to suffer because of the reshaped body, but it’s a sacrifice customers are willing to make considering the BMW X4 and Mercedes GLC Coupe are doing just fine in terms of sales.

Time will tell whether the 2014 TT Offroad concept’s styling (pictured below) has rubbed off on the new crossover. Recent reports say the new Q4 or whatever it will be called is going to be slightly longer than the Q3 upon which it will be heavily based.

Set to be built at Audi’s plant in Győr, Hungary, the new crossover will debut in 2019.