New BMW Corners Like It's On Rails: Because It's A Bobsled 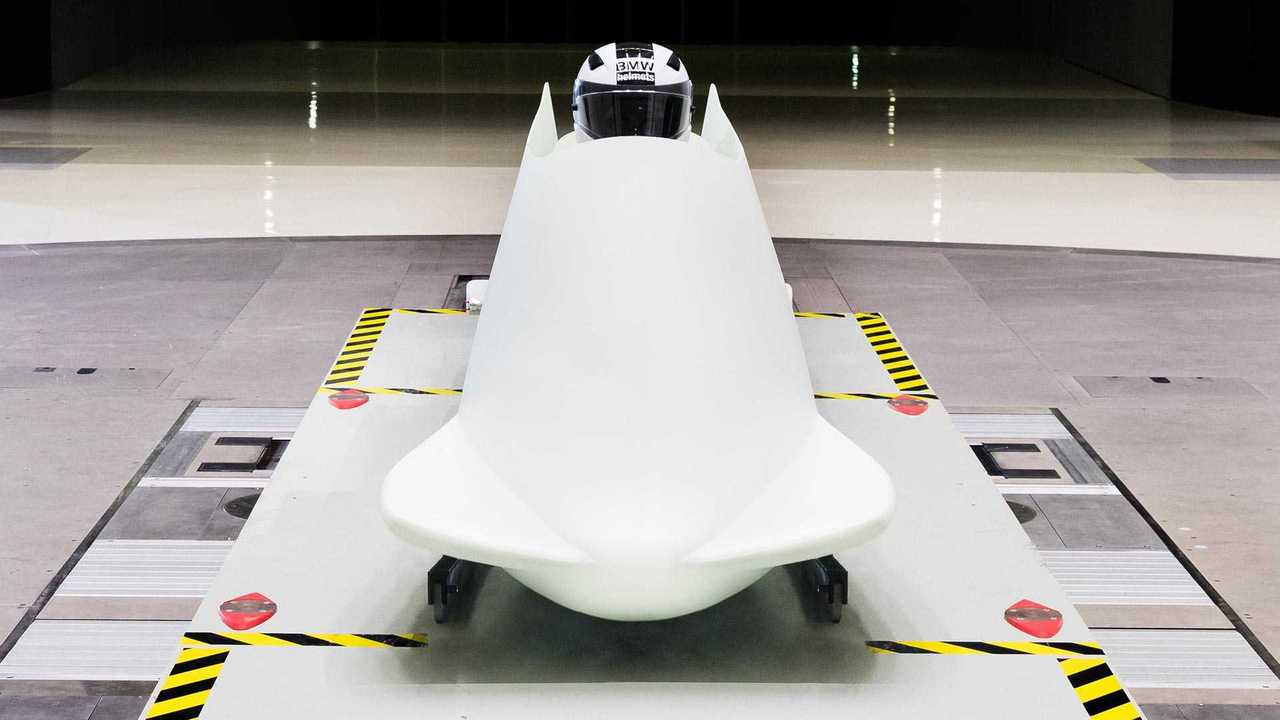 This could be the quickest ever BMW that doesn't have an engine.

The next Winter Olympic Games isn't until 2022 in Beijing, China, but BMW is already preparing to help the German Bobsleigh, Luge, and Skeleton Federation by building the squad's two-man bobsled. The first prototype is already in the automaker's wind tunnel, and the initial tests on ice start before the end of the year.

With several years before the 2022 Olympics kick off, it's understandable that BMW is still in the early stages of the bobsled's development. The engineers call the prototype an “innovation driver" because it allows them to try out a variety of ideas and see what works the best. Bobsled drivers are also offering input on what they need from the vehicle so that they can make the most of BMW's design.

Subaru shows us how to drive a car sideways

“Aerodynamics, chassis development, and carbon fabrication are areas in which BMW is working at the highest level – and which are also extremely important for a racing sled," Thomas Hahn, a BMW employee responsible for technology transfer, said about the bobsled.

While in a simple shade of white at the moment, the German sled will race with the German bobsled squad's traditional yellow and black color scheme. The design will have a dazzle pattern akin to camouflage that test mules wear, and the eye-catching layout will be quite a sight sliding down the ice.

In previous years, BMW has helped the German bobsled team by working on their racing overalls, helmets, and other equipment. However, BMW of North America has done even more by designing the full bobsled (pictured above) for the U.S. team at the 2014 Winter Olympics in Sochi, Russia. The vehicle was good enough to earn the Americans a silver medal there.

BMW takes technology partnership with the German Bobsleigh, Luge, and Skeleton Federation to a new level.
BMW develops two-man bobsled prototype for new Olympic cycle.
First tests on the ice track planned for the end of the year.

Munich. BMW and the German Bobsleigh, Luge, and Skeleton Federation (BSD) have been engaged in an intensive collaboration since the 1980s, during which time they have worked closely together to optimise equipment, race overalls and helmets. Since 2010, BMW has been Premium and Technology Partner, a role that has seen the Munich-based company use its automotive expertise to help the federation win numerous medals and titles. The technological support gained from the BMW engineers is now being expanded and a two-man bobsled prototype developed for Germany. The first tests on the ice track are planned for the end of 2018.

In the past, the BSD has been able to build on BMW engineering expertise in the fields of aerodynamics, ergonomics and structural analysis when developing its equipment. BMW is now going one step further for the 2022 Olympic campaign and is working with the BSD to develop a two-man bob prototype.

BMW has always been known for its pioneering spirit and innovation – two attributes that have always guaranteed that BMW automotive expertise could be successfully applied to high-tech racing sports, such as the America’s Cup (competitive sailing). Working together with the technical experts and BSD drivers, this transfer will now benefit the bobsleigh sport. The first step is the development of a so-called “innovation driver”, with which various technical concepts are tried out. A modified measurement system at BMW Motorsport is used to analyse the performance of the technical innovations.

“This year, we enjoyed a dream amount of success at the Olympic Games. However, the close results showed that we cannot afford to rest on our laurels and that our competitors are striving with all their strength to catch and pass us,” says Thomas Schwab, Secretary General and Sport Director of the BSD. “In BMW, we have a technology partner that knows full well that every success is merely the motivation for more ideas and concepts. As such, we are delighted to be able to take another innovative approach with the BMW prototype.”

“The positive experience of the 2018 Olympic campaign showed how successful it is to use competing sledding concepts,” says head bobsleigh coach René Spies. “We are very much looking forward to trying out a new perspective in bob development with our partner BMW. We are in a fortunate position with the technical development, in that we are able to benefit from their extensive expertise in automobile manufacturing, as well as the unique infrastructure.”

Thomas Hahn, who is responsible for the technology transfer at BMW, explains: “Aerodynamics, chassis development and carbon fabrication are areas in which BMW is working at the highest level – and which are also extremely important for a racing sled. Together with the practical experience of the BSD technical experts and drivers, we have an innovation platform with which we can test innovative systems and components. We are excited to see how the bob performs in its first test runs and are really looking forward to the exciting further development over the coming years.”

The livery of the BMW bob also underlines the genes from automobile research and development. In the traditional BSD colours of yellow and black, the design is reminiscent of the “Dazzle” pattern, which adorns camouflaged prototype BMW vehicles.

The new BSD two-man bobsled is not the first of its kind to be developed using BMW technological expertise. BMW of North America and the USA Bobsled and Skeleton Federation worked closely together to develop the two-man bob that, in 2014, won the first Olympic bob medal in 62 years for the United States.