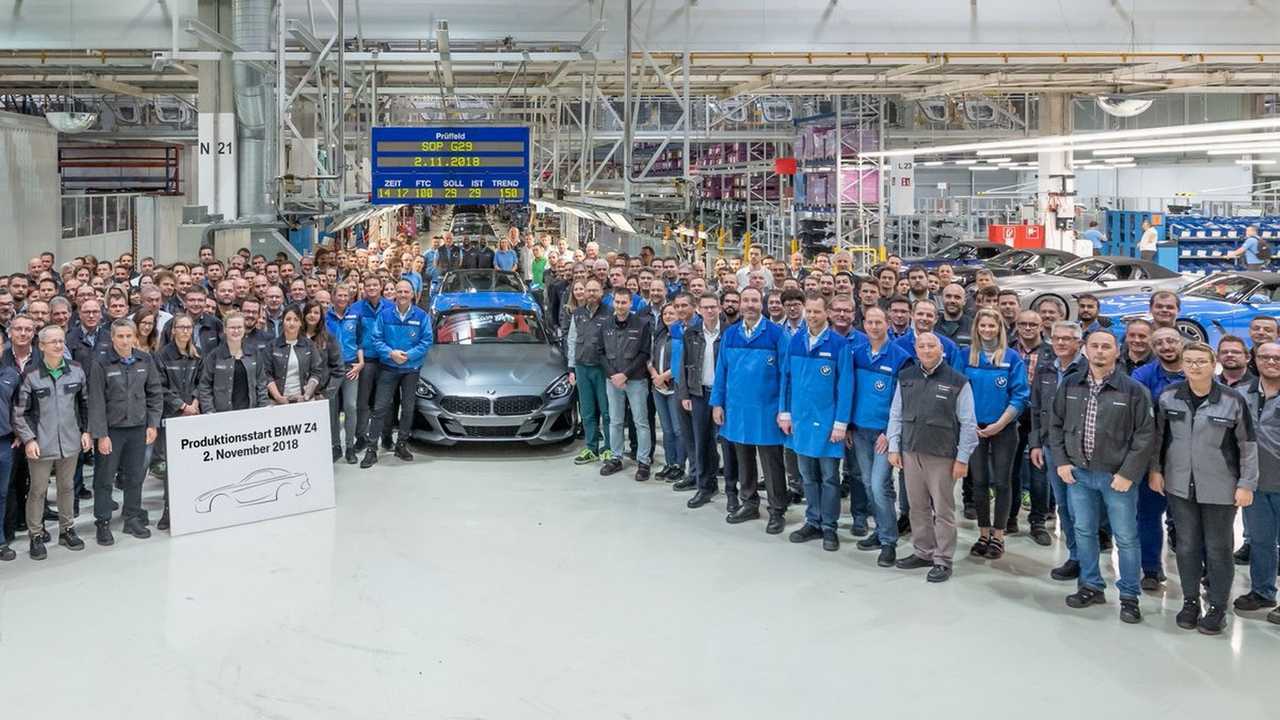 Magna Steyr is also expected to assemble the Toyota Supra.

Another day, another BMW droptop to reach series production phase. After seeing the 8 Series Convertible sitting pretty on the assembly line at the Dingolfing factory in Germany, the Z4 is now being built for customers eager to drive it next summer once the weather will be nice again.

Unlike the bigger convertible, the new Z4 is not actually built by BMW. Magna Steyr is in charge of putting together the roadster at its factory in Graz, Austria. The new generation has eschewed the bulky metal folding top for a lighter fabric roof that takes up less space in the trunk when folded.

We recently had the privilege of getting behind the wheel of the new Z4 and it wasn’t an ordinary version, but the range-topping M40i. If you’d like to have it with a fixed metal roof, you’re out of look as even though BMW has sketched out a Z4 Coupe, it’s unlikely to build it. The prospects of a Z4 M are not looking good, either.

As we are sure you are perfectly aware by now, Magna Steyr will also be tasked to assemble the highly anticipated revival of the Toyota Supra. The much-hyped fifth generation of the Japanese sports coupe has been confirmed to debut in January 2019 at NAIAS in Detroit, so the wait is almost over.

In case you've missed these...

Besides manufacturing the Z4 and Supra duo, Magna Steyr has been making the legendary Mercedes G-Class since 1979. Not only that, but the pure electric Jaguar I-Pace crossover also carries the “Made in Graz” label, as do the E-Pace and the BMW 5 Series.

Magna Steyr is so busy that it’s actually considering a new vehicle assembly plant somewhere in North America or China, according to Automotive News. The company estimates it will assemble a total of 200,000 cars by the end of this year, thus nearly maxing out the factory’s available production output.