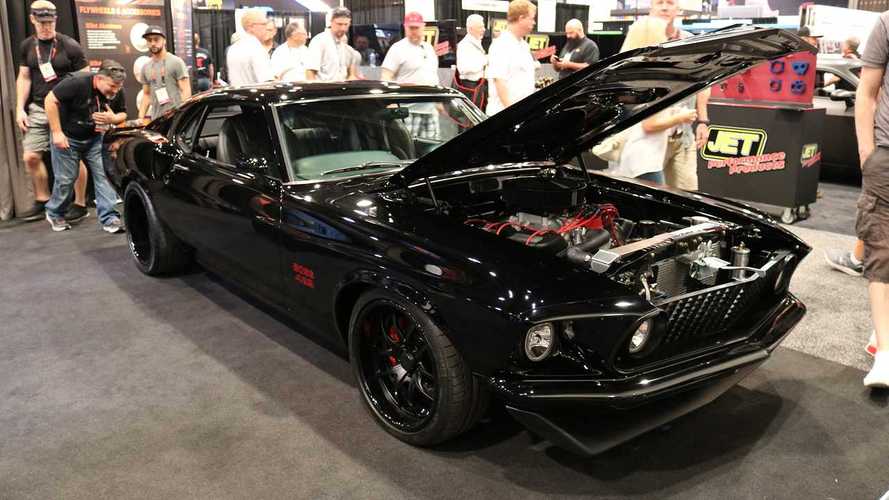 A new chance to own a piece of muscle car royalty.

Finding an authentic Ford Mustang Boss 429 can be difficult because of the muscle car's low production run over just two model years in 1969 and 1970. Classic Recreations will make getting one at this year's SEMA show with the launch of the first officially licensed Boss 429 continuation cars.

Classic Recreations will display the first new Boss 429 at the Centerforce Clutches at SEMA. The car there won't pack the motorsport-derived 7.0-liter V8 like the originals. Instead, there will be a fuel-injected 8.4-liter V8 under the hood making 815 horsepower (608 kilowatts). It'll hook up to a Centerforce DYAD clutch and flywheel.

The original Boss 429 let Ford homologate its 429-cubic-inch (7.0-liter) V8 for use in NASCAR. The rules at the time required automakers to sell at least 500 powerplants to customers before being able to use it for competition. The mill was so big that Ford had to take Mustangs off the assembly line and modified them to make the engine fit. From the factory, the V8 carried a rating of 375 hp (280 kW), although this figure was allegedly far lower than the actual output.

"The Boss 429 is one of the coolest and rarest Mustangs ever produced, but they have gotten so valuable that most owners won’t drive them," company owner Jason Engel said at the time. "This offers people the chance to own an incredibly rare car that they can actually drive, and with modern chassis and engine tech these cars will actually be faster and easier to drive than the original."

WHAT: The Ford and Shelby-licensed continuation car manufacturer and custom coachbuilder will debut the first vehicle built under its new license with Ford Motor Company in the Centerforce Clutches booth during the 2018 SEMA Show. The 1969 BOSS 429 Mustang is equipped with an 815 horsepower 514-cubic inch stroker engine featuring a Centerforce DYAD Clutch and flywheel, updated valvetrain and cutting edge EFI and engine management systems.

WHO: Hosted by Centerforce Clutches