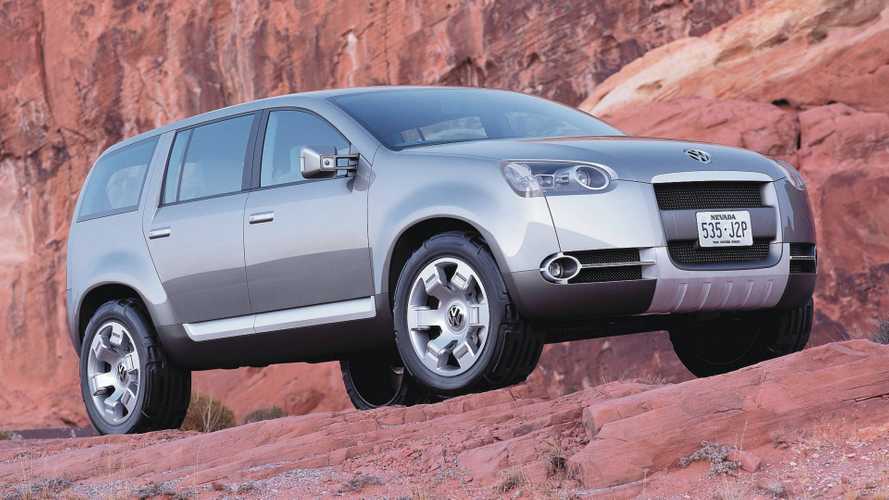 Named after Portuguese explorer Ferdinand Magellan, the boxy SUV had six seats and a W8 engine.

A bit of an oddball, the one-off SUV / tall wagon even had a matching pod-like trailer inspired by the International Space Shuttle.

Revealed around the same time when the original Touareg hit the market, the Magellan was envisioned as a more rugged SUV. It was a weird mélange between a wagon, SUV, and a truck in an attempt to create the vehicle able to do it all, on and off road. Its spacious, almost MPV-esque interior had enough room for up to six people in a 2+2+2 layout. In charge of the design was the company’s design center located near Barcelona in Spain.

See other VW concepts from the series

With the concept being tailored to outdoorsy people, VW decided to help them out when going on an adventure by integrating a removable navigation system in the steering wheel. The idea behind this feature was to provide owners with a handy tool – labeled “GPS to Go” – when stepping outside of the vehicle to ride a bicycle or hike in a remote area.

Taller than a regular wagon but not as high as a conventional SUV, the Magellan concept was developed with practicality in mind by bundling a generous roof box and a pod-like trailer molded after the International Space Shuttle for even more cargo.

At the heart of the rugged concept vehicle was the Passat’s W8 engine hooked up to a Tiptronic gearbox and a 4Motion all-wheel-drive arrangement. At that time, one VW official said it would take about two years to put the Magellan in production, but it never happened. The closest thing VW has in its portfolio nowadays is the Passat Alltrack, a jacked-up midsize wagon with standard AWD available in some parts of the world.

Brush up on your VW concepts