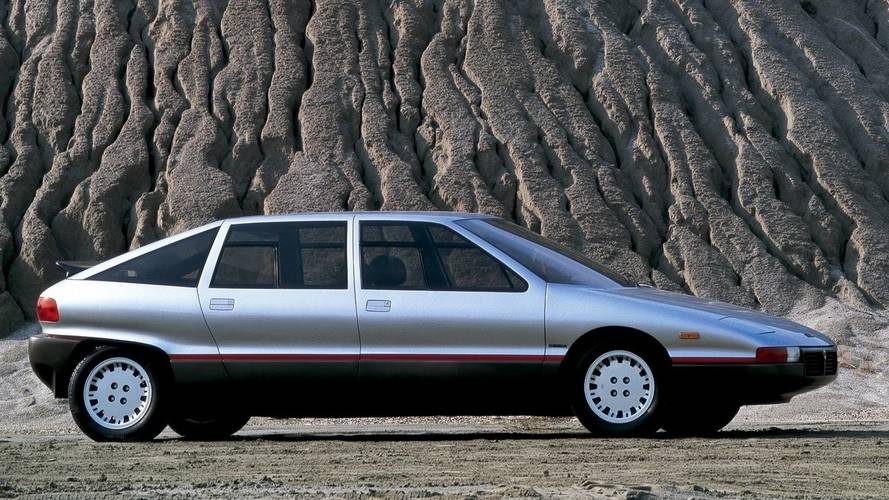 The mid-engined family car with a digital clock embedded in the steering wheel.

How many mid-engined, four-door family sedans have you heard of? Yeah, there aren’t that many.

Back when Lancia was a huge deal in the automotive world, the talented Giorgetto Giugiaro came up with the idea of turning the Pininfarina-designed Montecarlo mid-engined sports car into a four-door sedan. Aside from the unusual engine placement for a family car, the Medusa also had another ace up its sleeve: a very aerodynamic body with a drag coefficient of 0.263.

As a matter of fact, the clay model actually had a Cd of 0.255, but adding mirrors, turn signals and other things on the real car obviously had an impact on the body’s sleekness. Flush door handles, pop-up lights, and the lack of bulging fenders contributed to the car’s extremely low drag coefficient, also helped by the special glazing of the doors that extended onto the roof’s sides.

While not as impressive as the exterior, the cabin also had some neat features, particularly the steering wheel boasting an abundance of buttons we now take for granted. There was also a digital clock right in the center of the steering wheel to allow the driver find out the time of day without having to take his eyes off the road. Also, those front seats sure look super comfortable.

At the heart of the Lancia Medusa was the same four-cylinder, 2.0-liter gasoline engine from the Montecarlo, developing 118 horsepower (88 kilowatts) and 125 pound-feet (170 Newton-meters) of torque. Output was channeled to the rear wheels through a five-speed manual gearbox.

It is believed Giugiaro’s initial plan was to use the underpinnings of the Beta Coupe, but that might have sent the wrong message as some would’ve assumed the idea behind the concept was to preview the model’s next generation when in fact the Medusa was only a concept.