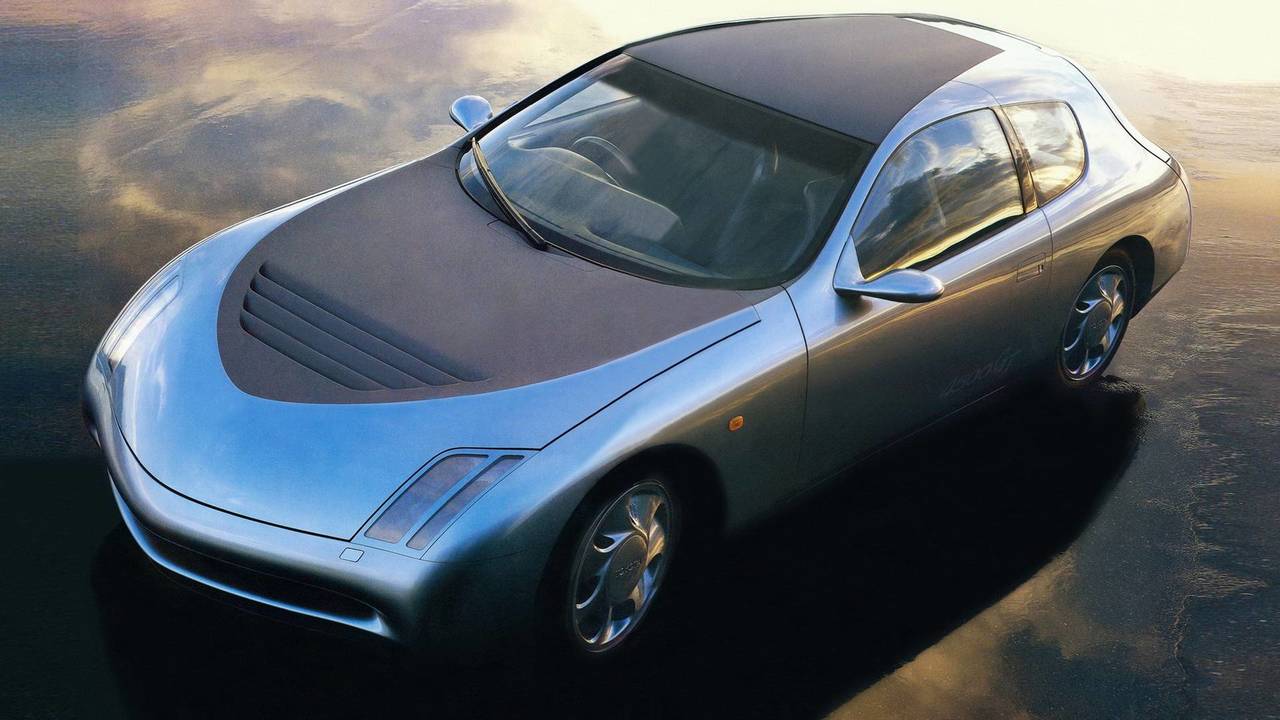 The experimental V8 sports car had a rear-wheel-drive layout and a claimed top speed of 186 mph (300 kph).

Aside from its unconventional body shape, the 4500GT had a remarkably low drag coefficient and used what was to become a very important V8 engine for both Toyota and Lexus.

While beauty may very well be in the eye of the beholder, the consensus at the Frankfurt Motor Show nearly three decades ago was the concept did not exactly impress the crowd with its design. Created to illustrate the idea of a 2+2 performance grand tourer, the 4500GT was billed as being an experimental vehicle to highlight the powertrain.

It was derived from the then-new 4.0-liter V8, but in the concept displacement was bumped by 500 cc. It produced 300 horsepower at 6,600 rpm and a maximum torque of 288 pound-feet (390 Newton-meters) from 4,800 rpm. The production-ready 1UZ-FE engine debuted the same year in the Lexus LS 400 / Toyota Celsior where it had a lower output of 256 hp and 260 lb-ft (353 Nm). It evolved throughout the years, gaining variable valve timing in 1997 and gaining more power before being discontinued in 2002 when it was replaced by the 2UZ-FE with a 4.7-liter displacement.

Check out other Toyota concepts from the series:

In the 4500GT concept, Toyota linked the engine to a rear-mounted six-speed manual gearbox and a rear-wheel-drive layout to create an “ultra-high performance sports car” as the concept was described back in the day. With a relatively low weight of 1,450 kilograms (3,197 pounds), a drag coefficient of just 0.29, and a claimed top speed of around 186 mph (300 kph), the grand tourer was an interesting concept despite its odd shape. Bear in mind the top speed was purely theoretical as the concept was never taken to the maximum, or at least not that we know of.

It also boasted a rear Torsen limited-slip differential for extra grip and came with an electronic actuator modifying the soundtrack provided by the dual exhaust system to generate either a more aggressive note or a quiet operation, depending on how the car was being driven.

We’ve managed to track down the original press release from 1989 (attached below) and it says the 4500GT was developed without any aerodynamic add-on components. It also mentions the concept delivered “the world's top-class power performance” and “the ultimate in maneuverability and stability.”

TOYOTA TO DISPLAY ITS CONCEPT CAR AT FRANKFURT MOTOR SHOW

Toyota City―TOYOTA MOTOR CORPORATION announced that it will display its concept car, the Toyota 4500GT, at the Frankfurt Motor Show in West Germany from Tuesday, September 12, through Sunday, September 24, 1989.

Targeted to run at a speed of about 300km/h, the Toyota 4500GT was developed as a "next-generation high-performance sports car," having outstanding aerodynamics based on an all-new design, the world's top-class power performance, and the ultimate in maneuverability and stability.