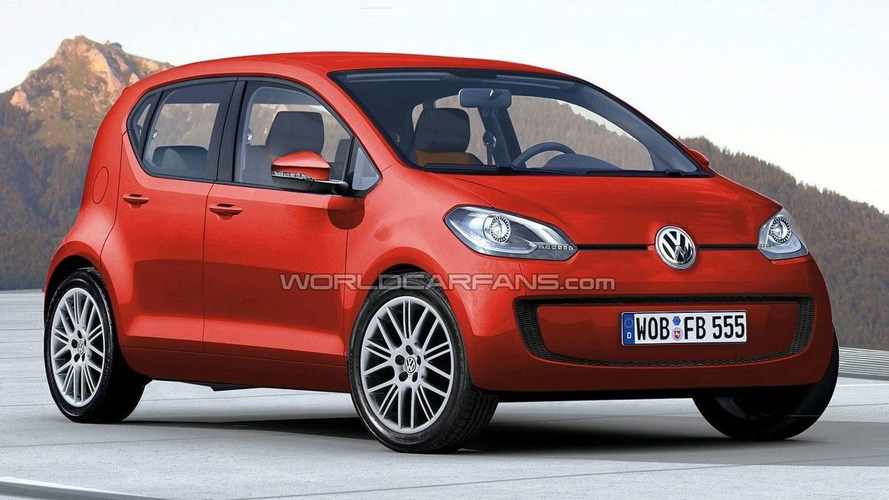 We all already know that VW intends to put the up! and the space up! into production, but the name of the new car has yet to be determined, that is until now. Confirmed by what our sources state as well as the realization of something so obvious, we can state with strong certainty the name Lupo will be brought back to life.  Volkswagen has been using a type of word play to name its most important concept cars, and the IROC concept is the best example.

IROC, as most of you will remember, is the middle part of the Scirocco name (Sc-IROC-co).  For those unfamiliar with the Scirocco, the IROC concept represented the spiritual successor of the A1 Golf/Rabbit platform coupe model from the 1980's . This is something that was made clear in the presentation of the car, when the name Scirocco was exposed in Volkswagen’s stand, written with fluorescent lamps, but only the middle letters of the name where turned on.

Now think about the name up! and see: more than an optimistic name, it is the middle part of the name Lupo (L-up-o). Any doubts left?

Besides the name of the new small car from VW, we can also confirm to you the launch date of 2011, very likely by September at the Frankfurt Motor Show.

Since the up! has become a family, the first one to “be born” will be the space up!, compact, yet more practical and roomier than the three-door version. Soon afterward, there will also be an “off-road” looking version of the new Lupo, the CrossLupo, a model that would be very appreciated in emerging countries, such as Brazil, perhaps one of the first countries to present the “boutique off-road” vehicles because 4x4 systems were very expensive.

One of the most interesting aspects of the new Lupo will be the rear engine, just like the one that powered the original Beetle. This is an engine position that seems to be coming back, as it can be seen in Tata Nano and Artega GT.