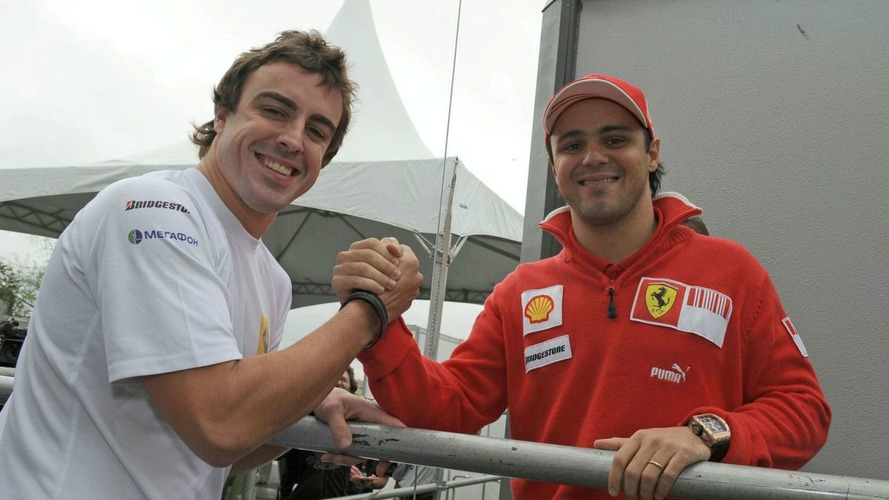 Felipe Massa has revealed that he invited his 2010 Ferrari teammate Fernando Alonso to contest the weekend's charity kart race International Challenge of the Stars.

Felipe Massa has revealed that he invited his 2010 Ferrari teammate Fernando Alonso to contest the weekend's charity kart race International Challenge of the Stars.

Massa, who flew by plane back to Sao Paulo after the race because his wife is imminently expecting their baby, said he wanted Spaniard Alonso to feature on the 2009 entry list.

"I invited Alonso to come here," he is quoted as saying by the Spanish news agency EFE. "Not only this year, but also in previous years.

"I hope he sees it is an interesting competition and that next year he comes," Massa, 28, added.

Some of Massa's more recent comments have indicated that Ferrari's new Latin lineup is likely to be a fiery one, but the Brazilian said he thinks he and Alonso will share a "good relationship away from the tracks".

"Alonso is a great driver, everybody knows that," he continued. "I believe we can be the best pairing in the championship."

But Massa, while insisting Alonso will be "good for the team", does not think the double world champion's arrival will change his own status within Ferrari.

"I don't think Alonso changes anything on my side or within Ferrari," he said.