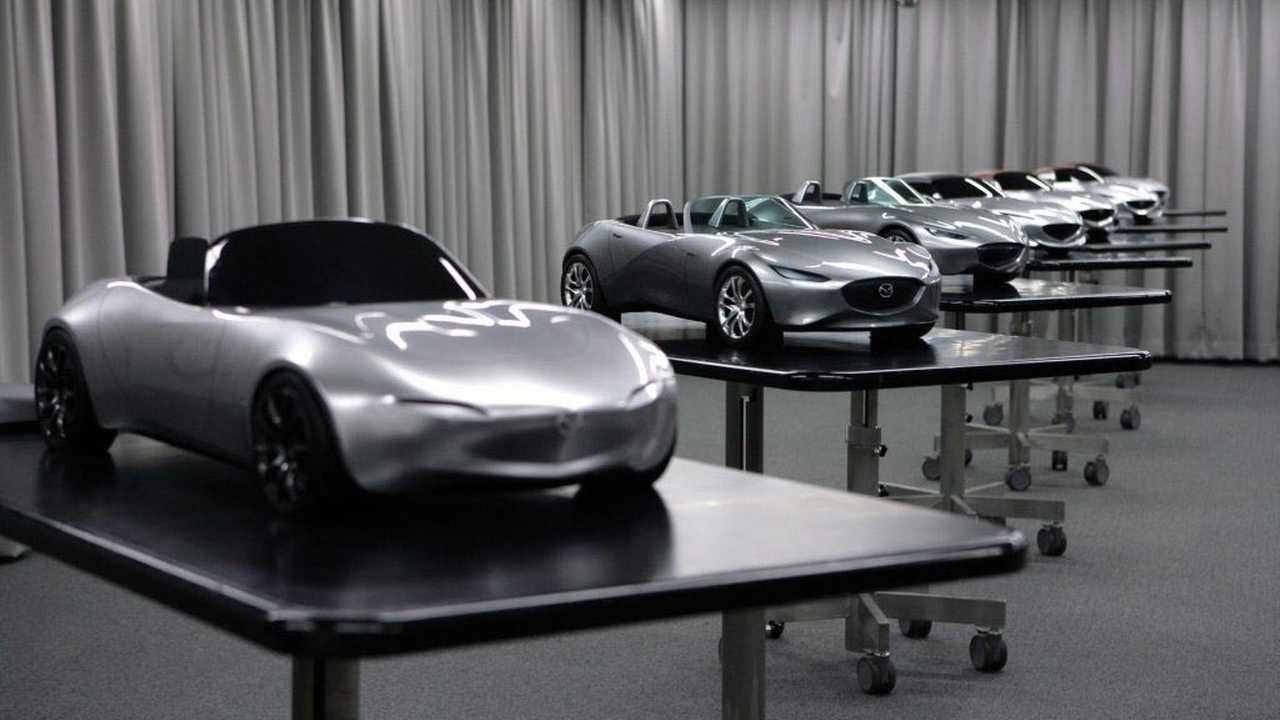 Mazda's designers had some very different ideas about how the new roadster should look.

The ND-generation Mazda MX-5 Miata has been on sale for well over a year in the United States, and it has received rave reviews. Now that the roadster has established itself on the sports car market, Mazda has decided to look back on the design process behind the convertible. With over 100 images showing a plethora of ideas for the latest model, it’s a fascinating look at what goes into bringing a car to the road.

Mazda designers from Japan, the United States, and Europe came together in 2011 to start the long process of creating the shape for the new Miata. Masashi Nakayama acted as chief designer and Ikuo Maeda, Mazda’s global head of design, oversaw the work. However, far more than just two people were responsible for the new model’s mix sharp edges and gentle curves.

The company’s goal from the start was to create a modern roadster what was the size and weight of the original Miata. This was a difficult design brief because the designers knew that they needed to appeal to new customers while not alienating fans of the previous generations.

They started out by figuring out the hard points for the chassis, which involved determining the location of fixed structural elements like the windshield. The studios in Japan, the U.S., and Europe then submitted quarter-scale clay models imagining how the new Miata should look. Further evaluations in February 2012 narrowed the choices down to a styling idea from the team in Hiroshima and a shape from the crew in Irvine, California.

Unfortunately, neither the American team nor the crew in Japan liked the other group’s design. Chief designer Nakayama, “felt the American proposal didn’t capture raw emotional excitement in a way that would captivate enthusiasts,” Mazda wrote on its blog. Conversely, “the U.S. team felt there was still too much of the first-generation car tied up in the Japanese proposal.”

They found a compromise. The Japanese design formed the basis for the general shape, but the teams in the U.S. and Europe provided “details to make the MX-5 stand out.” Check out how the shape evolved in the gallery below.