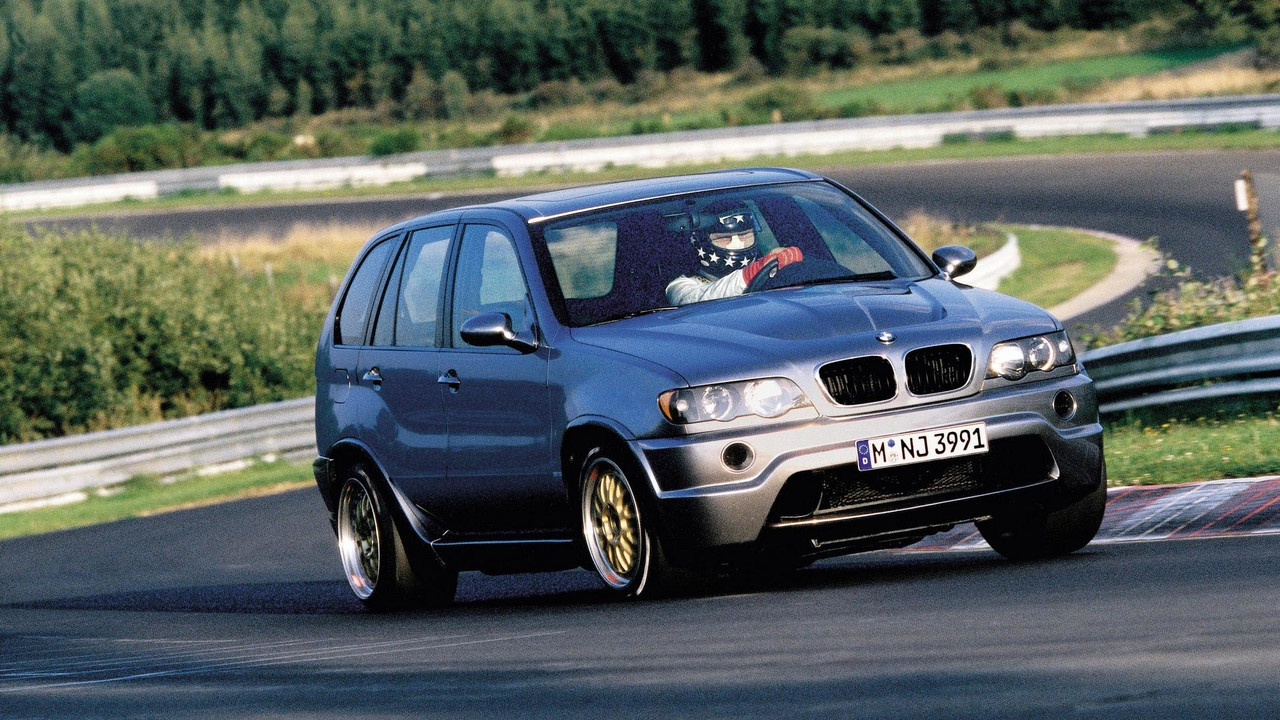 It's as close to a McLaren SUV we will ever get.

With an engine sourced from the iconic McLaren F1, the one-off X5 LM remains to this day the most powerful SUV that BMW has ever made.

Long before BMW had an M version of its X5, the Bavarians came up with something even more intense. Billed as being an experimental vehicle, the Le Mans (LM) received its name as a nod to the engine that was lurking underneath its vented hood. A naturally aspirated 6.0-liter V12 sourced from the Le Mans-winning McLaren F1 race car and also used by the BMW V12 LMR was crammed inside the engine bay to create the world’s only X5 with twelve-cylinder power.

It goes without saying there are some other big differences between the two SAVs. Just to give you a couple of examples, the McLaren F1-powered behemoth was rear-wheel drive and had a six-speed manual gearbox whereas today’s X5 M features xDrive and an eight-speed Steptronic transmission.

Compared to an X5 of those days, the Le Mans concept had a stiffer suspension setup lowering the ride height by 1.18 inches (30 millimeters). On the outside it looked just about the same as the regular production model, with the exception of the 20-inch wheels shod in chunky 315/35 at both axles. BMW never released details about the vehicle’s weight, but it did say it was distributed 51:49 front/rear, so almost perfect.

The engineers went to the trouble of modifying the interior by installing four bucket seats with frames made of aluminum also used on the center tunnel and other areas throughout the cabin. They also got rid of the radio and instead installed three dials providing the driver with various info on the center console.

Speaking of which, Hans-Joachim Stuck managed to do a lap of the ‘Ring in 7 minutes and 50 seconds, so about nine seconds less than the Porsche Cayenne Turbo S – officially the fastest production SUV around the challenging track with a 7:59 lap time. Considering the LM was built 17 years ago, the performance is even more impressive.

BMW said right from the beginning the X5 Le Mans was purely a one-of-one project, without any intentions for series production, not even a tiny one. BMW will make up for lost time by giving the X7 flagship SUV the V12 treatment in the years to come.

With McLaren saying it won’t ever build an SUV, this is kind of the closest thing.

Note: The first video below is in German, but the V12 speaks to us all.

The X5 Le Mans is propelled by the V12 engine carried over from the Le Mans winning car, with unparalleled performance at a corresponding level.

An impressive study demonstrates the sheer size of the technical potential the X5 actually has on tap under extreme conditions: The X5 Le Mans is propelled by the V12 engine carried over from the Le Mans winning car, with unparalleled performance at a corresponding level. This means that the engine of the X5 Le Mans experimental vehicle performs a power unit developing 700 bhp (514 kW) and has a torque of 720 Nm (531 lb-ft) at 5000 rpm, which accelerates this experimental car from a stand-still to 100 km/h in 4.7 seconds. Top speed is
278 km/h (173 mph).

The idea behind the X5 Le Mans experimental vehicle originates primarily from a technical ambition: BMW's engineers wanted to explore and demonstrate the X5's real absolute limits in practice. As a kind of welcome side effect, their efforts produced a compelling showpiece whose powerful looks reflect its impressive inner values.

Racing-car technology
The most striking change to the exterior is the bonnet scoop for the air from the radiator. Further exterior modifications were made at the front and rear bumper covers, the wing skirts and sill covers, the exterior mirrors and wheels. The chassis with 20-inch wheels was lowered by 30 millimetres (1.18 inches). Depending on the type of duty this car is applied to, 315/35 or 275/40 tyres are mounted on its front wheels, while its rear wheels are generally fitted with 315/35 tyres. Axle load distribution is almost ideal, at 51:49% front/rear.

Exterior dimensions are basically the same as on the standard X5. The interior, on the other hand, looks quite different, with a definite high-tech touch. The more comfortable standard seats were replaced by four bucket seats with a particular emphasis on sportiness, and aluminium stands out as a predominating element throughout.

Award-winning power unit: BMW engine sets racing-sports standards BMW's six-litre V12 engine is the perfect engine to meet the chal-lenge of sports-car competitions. In 1995 this engine celebrated its first great triumph as the winner of the 24 Hours of Le Mans - powering the closed McLaren BMW sports car. BMW's greatest success with this power unit was the BMW V12 LMR's final win in the legendary 24-hour race in 1999. For racing use, the engine's output was derated to approx. 580 bhp (426 kW) by installing air supply limiters.

The X5 Le Mans is a one-of-a-kind vehicle and it is not for sale. There are no plans to produce it in small batches or on a larger scale.